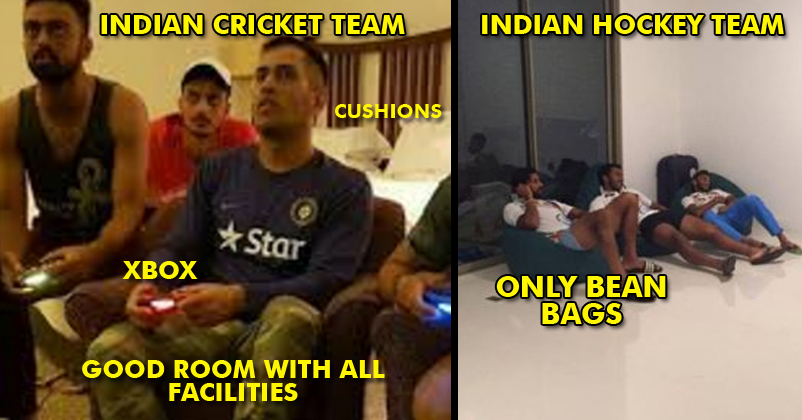 Movies play a vital role in improvising or degrading a person’s perception on a subject which entirely depends on the way the director and actor portrays it. If the brilliant and hard hitting pinching reality in Chak De India movie didn’t help you to understand the position at which our Hockey Team players are, then you are certainly mistaken for something worse.

Rio Olympics is just about to set in and the World’s Greatest Sporting Event is about to take place. You will be lucky and fortunate if you ever get the chance to represent your country in whichever field you belong to. And when you do, trust me ( no need for that ) you will be definitely feel the pressure and stress from the expectations of 1.25 billion people. But that is something that drives our HEROES to go forth and play for their Country. They don’t ask for much. Just a chance to wear the blue jersey and represent their country on world stage. But it is the duty of the federation to take care of our heroes so that they stay fit and healthy. Stress and pressure is something that builds up from inside without alerting anyone and blasts up with a lot of casualties. YES a whole nation in itself. A day after Indian Hockey Team landed at Rio Airport and taken to hotel, team’s coach Roelant Oltmans wrote a letter to India’s Chief of Mission Rakesh Gupta complaining about the shortage of chairs and tables at the Games Village. He also highlighted that the players’ apartments was not properly furnished. Allow me to briefly explain about the situation in which our players are living in. Apart from 2 Chairs and the 4 Bean-Seaters, there is nothing else in the living room. Not even hangers to hang clothes. It is quite a concern if our players are sitting pn bean seaters are prolonged siting on such bean chairs will lead to Injuries on the long-term.

Watch this video which was posted by Narinder Batra on Social Media.

And when there was no reply from the concerned authority, Hockey India president Narinder Batra took this issue to social media so as to bring this in the notice of Gupta and posted the pictures of Indian Hockey team facing lack of basic facilities at the Games Village and sarcastically alleged that “you do not believe in acknowledging or replying to mails from Hockey India.

In his post on social media, Narinder Batra also questioned the officials by asking ‘Dear Mr President IOA and Chef De Mission Indian Contingent…Have You all and IOA Staff who have gone to Rio, are on some kind of a Paid Holiday?’

Now I urge you people to kindly share this article so that it reaches to the eyes and ears of our Hockey Federation and compel them to take some actions regarding this matter. Please share your opinions with our readers in the comment section below ! !