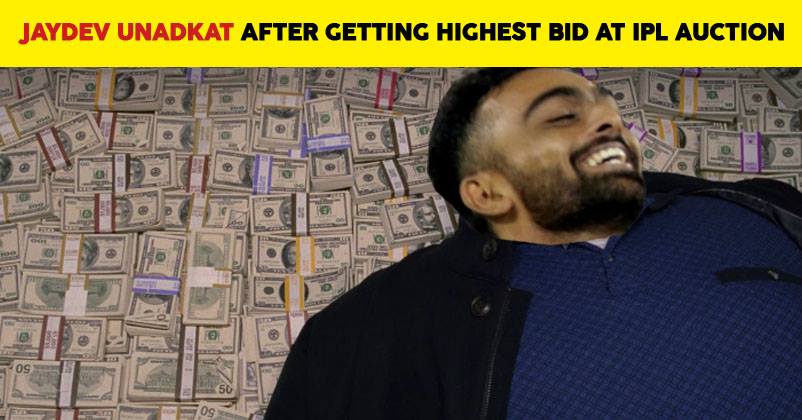 IPL 2019 is one of the most anticipated event of the upcoming year and the auctions which happened recently are the proof. Players of several teams were grabbed by the team owners for really high prices.

Among the 351 players eligible for the upcoming IPL season, 8 were bought for around 5 crores. Two players who really surprised everyone were Jaydev Unadkat and Varun Chakravarthy.

The auctions have become a hot topic of discussion on the social media and people are creating jokes on the topic. Have a look at some tweets which really make you laugh out loud.

RR owners when Jaydev Unadkat’s name is being announced at the auctions. pic.twitter.com/88Zkm1iPA8

My cousin is a mad fan of Malinga. pic.twitter.com/XHTObQHozt

Last time I saw so much zero, it was my exam result. https://t.co/teFb3ZCm8s

Continue Reading
You may also like...
Related Topics:IPL 2019, Jaydev Unadkat