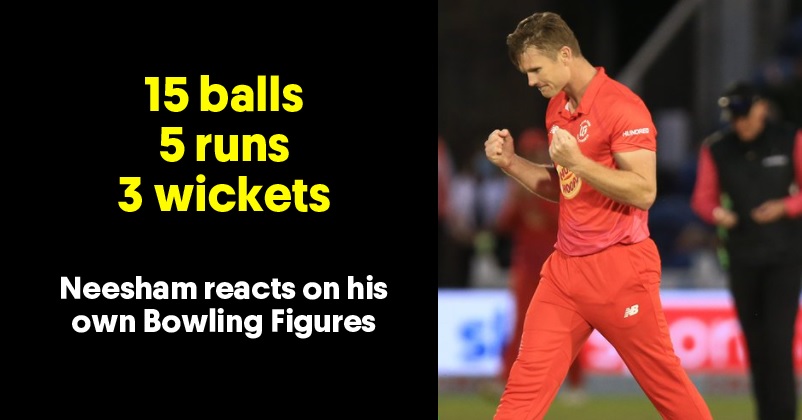 The cricket boards of various cricketing nations are trying their best to make cricket popular in their country and while the Board of Control for Cricket in India (BCCI) came up with the Indian Premier League, the England and Wales cricket board has come up with The Hundred, a professional franchise 100-ball cricket tournament in which eight men’s and eight women’s cricket team battle it out to win the trophy. 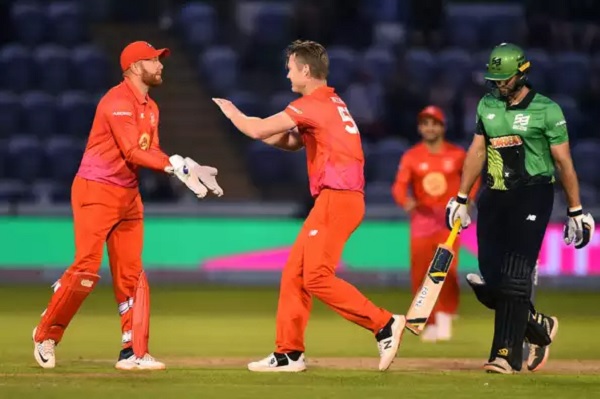 James Neesham, the popular New Zealand cricketer, is also taking part in The Hundred and he is playing for Welsh Fire which is being lead by Jonny Bairstow. On 27th July, Welsh Fire defeated Southern Brave by 18 runs in a match which was played at Sophia Gardens, Cardiff.

Batting first, Welsh Fire put up a score of 165/4 on the score board with the help of the brilliant knock played by the skipper Jonny Bairstow who made 72 runs is just 39 balls and his innings included 5 fours and the same number of sixes. Tom Banton and Ben Duckett also played useful innings of 34 and 53, respectively.

Southern Brave had a steady start but they lost wickets at a regular interval and were able to score only 147/7 as a result of which they lost the match by 18 runs. James Neesham was unable to make any contribution while batting as he got out for duck but he was superb with the ball as he bowled 15 deliveries out of which 10 were dot balls; he dismissed 3 batsmen and only gave 5 runs. 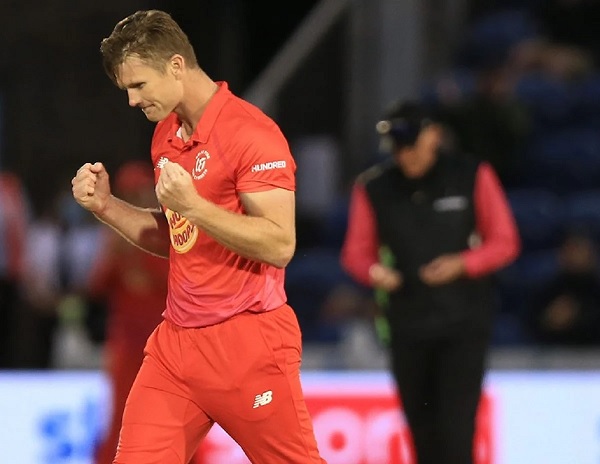 James Neesham is pretty active on the social media networks, especially on the micro-blogging site Twitter, and he also thought of having some fun after playing an important role in his team’s victory.

He retweeted the Tweet made by the official Twitter handle of The Hundred which stated, “15 balls bowled. 5 runs conceded. 3 wickets taken. @JimmyNeesh was UNPLAYABLE last night Exploding head #TheHundred”.

The caption used by James Neesham to share the tweet was, “There’s an old saying, every dog has his day” with a laughing emoji.

There’s an old saying, every dog has his day 😂 https://t.co/PWIm8dHTIc

James Neesham certainly has a great sense of humour and hopefully we will be able to see him play in the remaining matches of the IPL 2021 which will be conducted in September-October in UAE before the T20 World Cup.