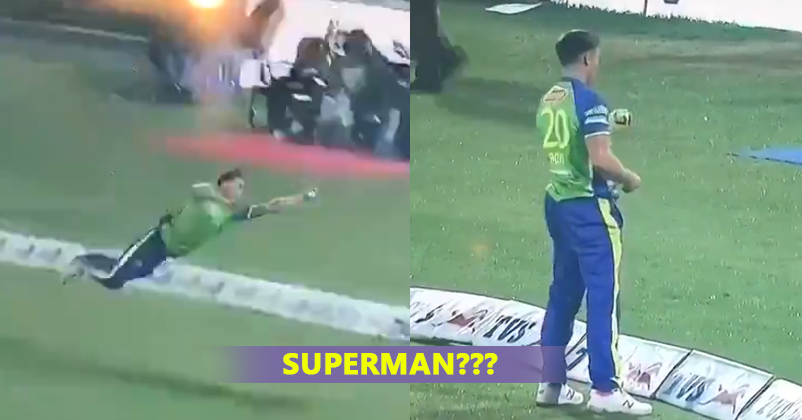 During this season’s Bangladesh Premier League (BPL), England batsman Jason Roy took an unbelievable catch, which is praised by all. It has to be this season’s best.

Roy failed to impress as a batsman but this insane catch, stood out. During the eighth over, he managed to pull this off in the forth ball.

He took this blinder catch for the Sylhet Sixers against Chittagong Vikings at the Shere Bangla National Stadium.
Sylhet Sixers won by 29 runs though.

You surely cannot miss this insane catch he took. Here it is.

That filth in slow motionpic.twitter.com/UbykeXfF9N

People agreed that this is the kind of catch they’ll not witness in a very long time.

Doesn't take an expert to spot that absolute pie

Wouldn’t it be fun if we could rope @gregjames into a “greatest cricket catches of all time” Twitter thread. #spicy

Get this man opening the test team batting

😮 no way has he done that

That’s got to be catch of the century

Rohit Sharma Posted A Sweet Message About His Wife, Gets Trolled By Bharat Army Instead
Dhoni’s Quick Thinking Gets James Neesham Out In The 5th ODI, Fans Are Calling Him A Genius