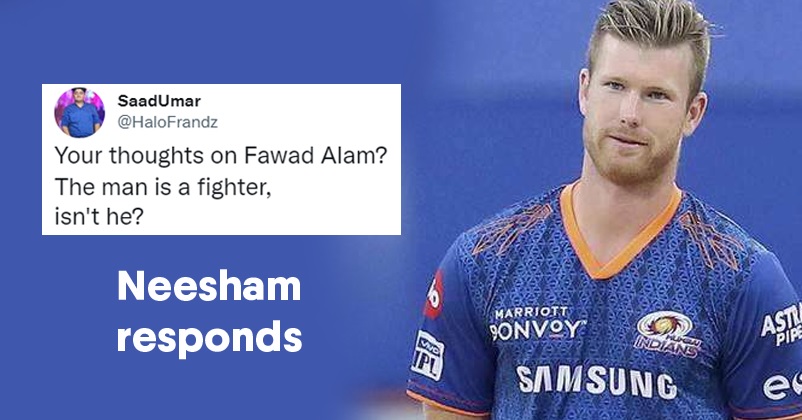 The Kiwi cricketer Jimmy Neesham is one of those few cricketers who have a great sense of humour and they display it on the social media networks as well. Recently, a Pakistani cricket fan asked Jimmy Neesham to share his views on the Pakistani cricketer Fawad Alam who played a fighting knock of 56 runs in the test match against West Indies which is being played at the Sabina Park, Jamaica. 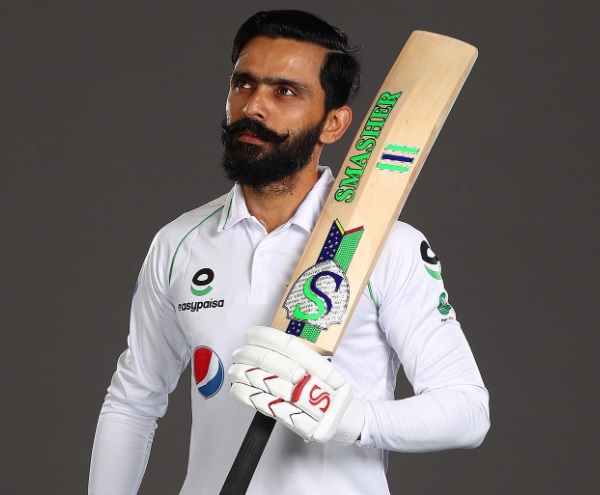 In the first test match of the 2-match series, Pakistan scored 217 runs in its first innings and the Pakistani bowler Mohammad Abbas created problems for West Indies as he sent Kieran Powell and Nkumrah Bonner back to pavilion without opening their accounts after which West Indies scored 2 runs for the loss of 2 wickets at the end of the first day.

The Pakistani fan’s tweet read, “Your thoughts on Fawad Alam? The man is a fighter, isn’t he?”

Your thoughts on Fawad Alam? The man is a fighter, isn't he?

Jimmy Neesham was in a great mood and he thought of having some fun as he replied with, “I thought he was a cricketer”.

I thought he was a cricketer https://t.co/xRN2wyVGcV

This tweet has been liked by more than 4000 people and has been shared for over 300 times.

Jimmy Neesham and other top seven Kiwi cricketers including Kane Williamson, Kyle Jamieson, Mitchell Santner, Trent Boult, etc. won’t be a part of the New Zealand playing XI which will be touring Pakistan for limited overs cricket as they will be playing in the IPL 2021 for their respective teams. The cricket fans of Pakistan are quite annoyed after knowing this as the Kiwi team is visiting Pakistan after 18 years and they would have hoped to see thoe big cricketers playing against their national team. 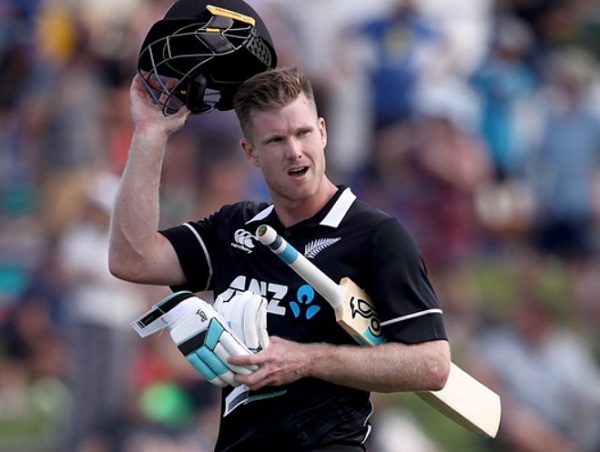 The IPL 2021 originally took place in April this year but it was postponed midway as the country got hit by the second wave of the lethal COVID-19 virus. The remaining matches of the tournament will be played from September 19 in UAE and hopefully Jimmy Neesham will be playing some good cricket for his team Mumbai Indians.

Jimmy Neesham certainly has a great sense of wit and humour and he once again displayed it in his reply to the Pakistani fan. What do you say?