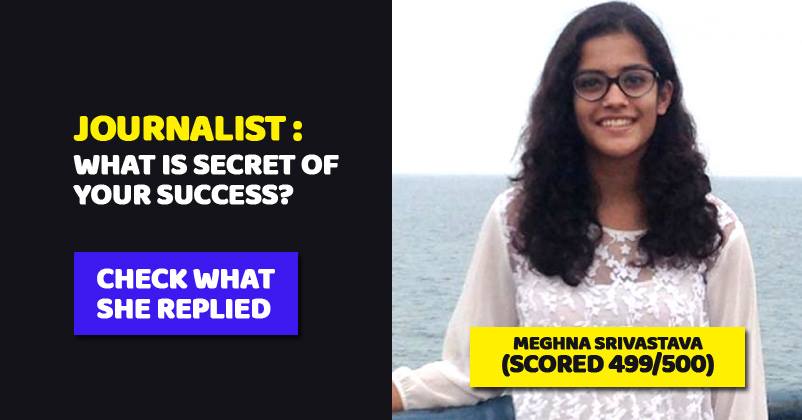 CBSE Class 12th results were declared today and the topper Meghna Srivastava topped with 99.8% marks. She got 499 marks out of 500 and became one of the most talked about personality recently after Meghan Markle and Prince Harry. 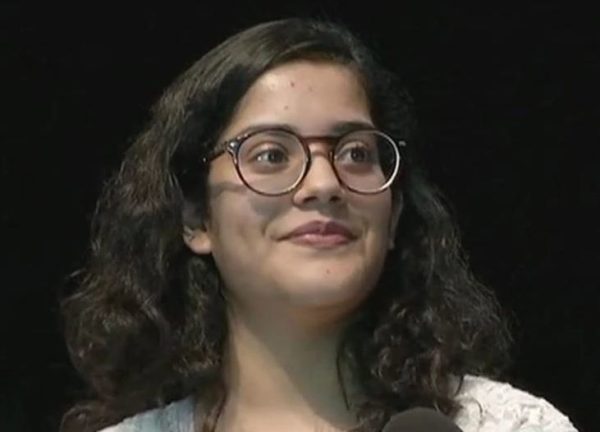 Like every year, even this time the CBSE Class 12th topper was heavily adored and trolled. There were many who found her as an inspiration and there were others who trolled her.

Among those who adored her also want to know the secret behind her grand success. When Meghna was asked about it, she simply said-

“It’s been a really thrilling experience. There is no secret and one has to work hard throughout the year.”

#WATCH: Meghna Srivastava, #CBSE class 12 topper who scored 499 out of 500 marks, shares her success story, says 'There is no secret, you just have to work hard throughout the year'. #CBSEResult2018 pic.twitter.com/YKaZzqxs7W

The Noida girl was a student of Step By Step School and got perfect 100 in all the subjects. The one mark that she lost was in English in which she got 99 out of 100.

Here’s wishing her a super successful and happy life ahead.

Continue Reading
You may also like...
Related Topics:Meghna Srivastava