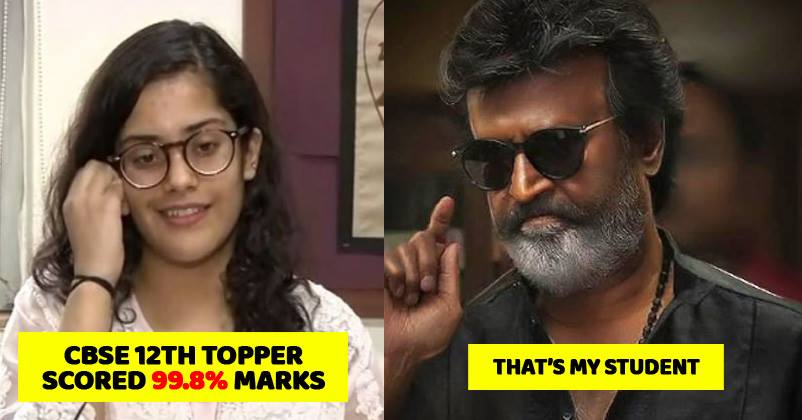 Last year, Raksha Gopal topped the 12th CBSE results by scoring 498 marks out of 500. This year, it’s Meghna Srivastava from Ghaziabad, who has scored more than her i.e. 499 marks out of 500.

She’s all over social media; of course, people are wondering as to how these toppers manage to score just 1 mark less than the total. Studies are something which most of the people hate. However, Meghna seems to be an exception.

Many a times we have seen that whenever people hear marks of toppers, they giving surprising reactions to their achievements. It is not possible for everyone to score such marks; since 499 out of 500 looks too big a number, RVCJ has come up with all sorts of memes for her. Some are funny while some show that Meghna has achieved the impossible.

No doubt, she has made everyone proud with 99.8%, but at last, she also had to face these trolls and memes.

Have a look at them; 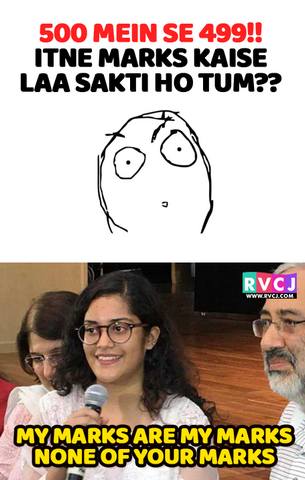 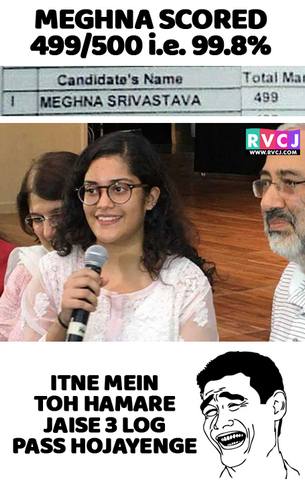 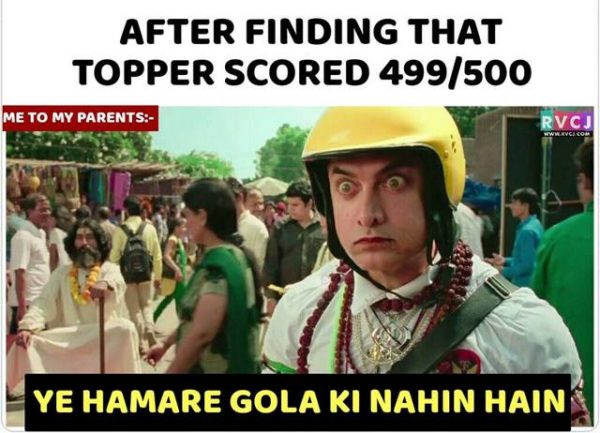 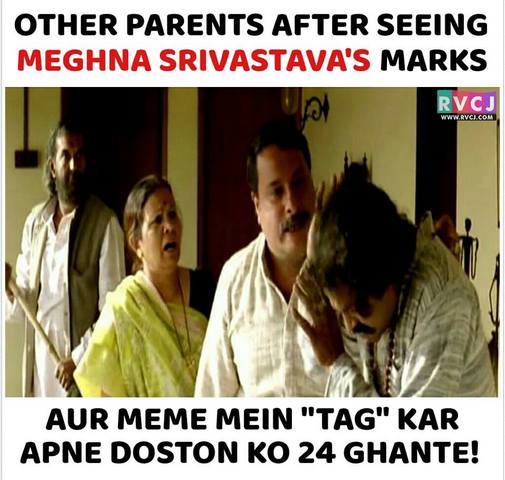 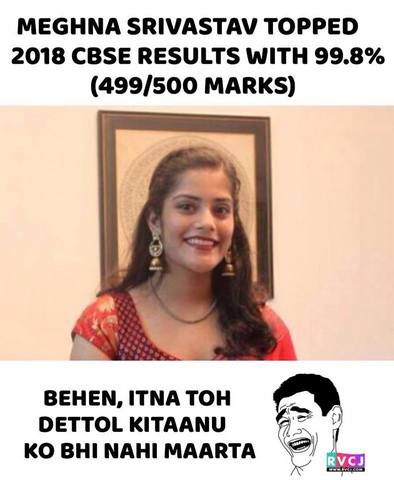 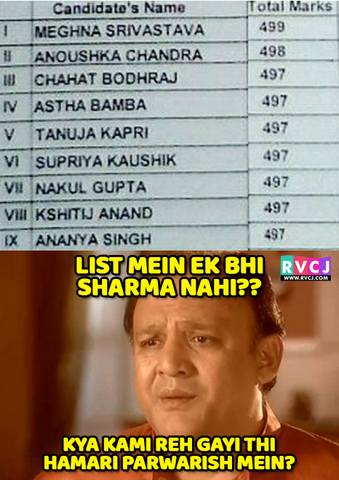 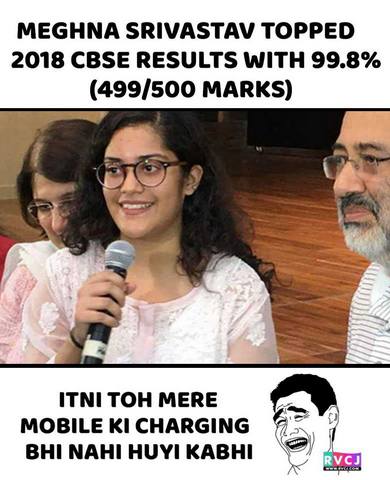 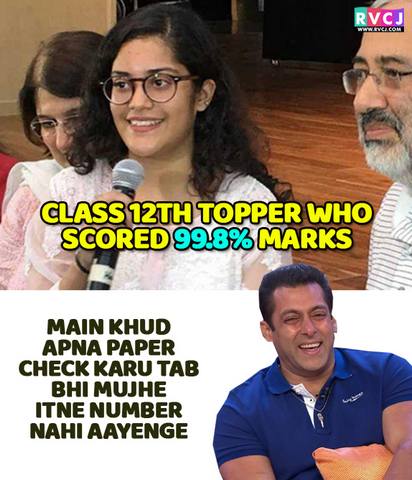 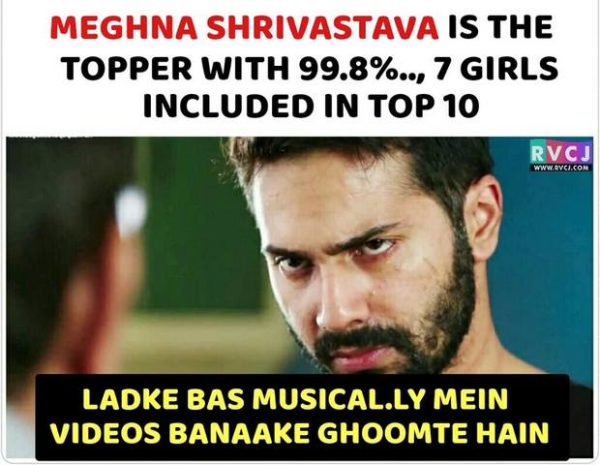 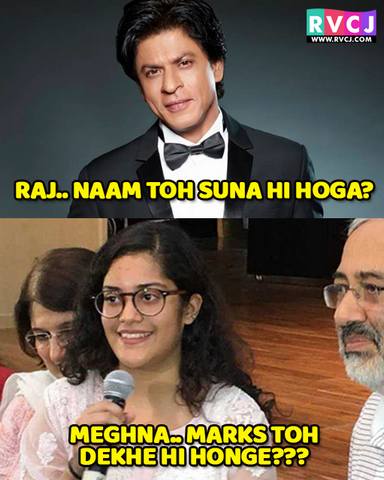 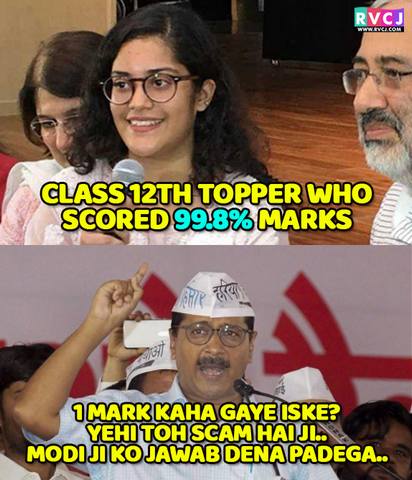 Although we added some fun element by listing down trolls, we can’t deny that you have made all of us proud. Who said that girls can’t do anything rather than just house work? You have changed the mindset altogether.