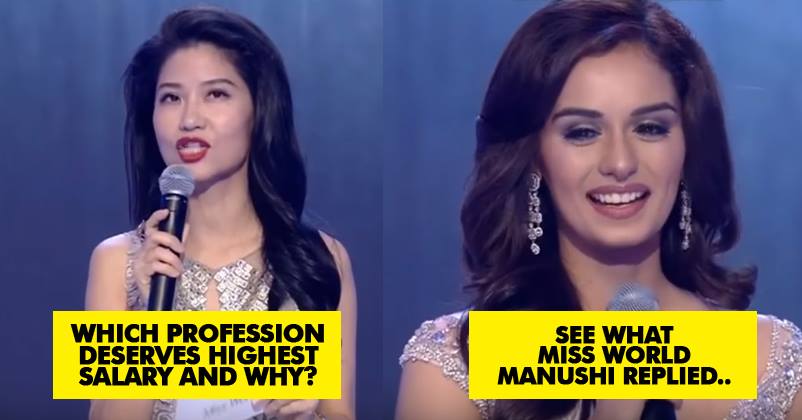 India is proud of Manushi Chhillar. She bagged the title of Miss World 2017 at Sanya, China, yesterday. As we already mentioned, she’s not only beautiful, but is intelligent too.

The 20 yr old model is pursuing her MBBS & is involved in lot of other social activities too. In the Miss World Pageant, the judges not only consider the aspect of beauty, but also look at various other aspects of personality. Yes, the contestant is judged on the basis of her confidence, he spontaneity as well as her intelligence. 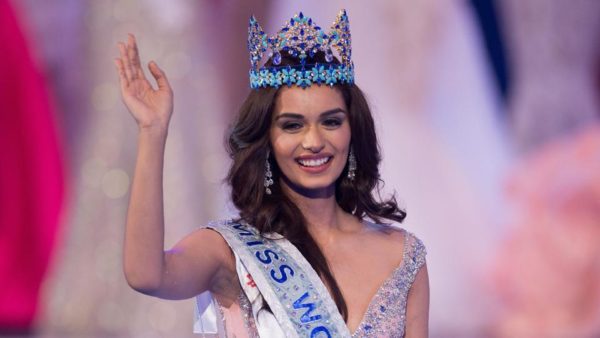 “I think a mother deserves the highest respect and when you talk about salary it’s not always about cash but I feel it’s the love and respect that you give to someone. My mother has always been the biggest inspiration in my life. All mothers sacrifice so much for their kids. So, I think it is the job of a mother that deserves the highest salary.”

Watch the video in this connection;

Well, the answer was definitely a magical one and it helped her get the crown. What’s your opinion guys?