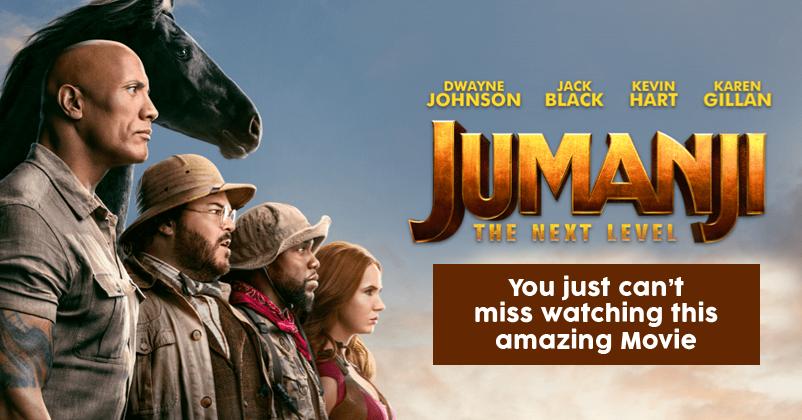 Jumanji: The Next Level, another sequel to the much celebrated Jumanji franchise will hit the silver screens on 13th December, 2019. 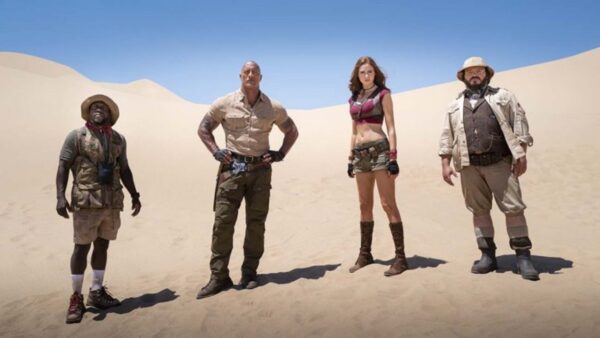 The film promises to be more exciting, more enthralling and even more comic from the last time. This time around Spencer, who while making the repairs in his Grandpa’s basement, accidently enters the game and Jumanji begins.

Others, when they discover this, have no choice but to play along. But, this time around, there is a surprise, they don’t get to choose and manage their avatars.

This whole setup adds a new freshness to the plot, a freshness that many sequels lack. What it brings alongside it is an amazing comic relief and a new sense of unpredictability.

The action, as expected in a Jumanji film lives up to the expectations. The picturesque shooting locations vary from snowy mountains to sandy deserts to wild jungles and cover almost everything.

The film will be released in Hindi, English, Tamil and Telugu in India and judging from the previous movies from the franchise all the versions are bound to be equally entertaining.

In short, Jumanji: The Next Level is a perfect blend of fun, action and unpredictability, a film that is worth every penny you spend on and add to it your favorite actors at their best, you just cannot afford to miss this.

Not many films released in the recent past match upto the level of this wonderful cinematic experience. The film is just “AWESOME”. So mark the date, “13th December”, and grab your tickets fast.

Continue Reading
You may also like...
Related Topics:Jumanji, Jumanji: The Next Level, Movies

Here’s What Happens When A Gujarati Girl Marries A Punjabi Guy
Could A Wrong Number Lead To Happiness? Well, Khushi Found It.