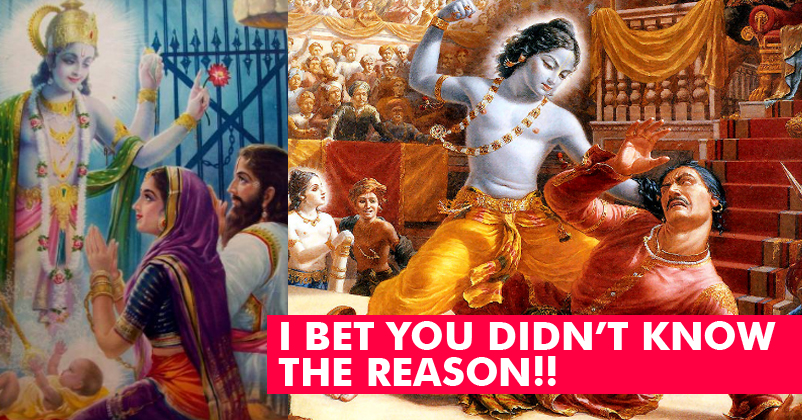 I apologize in advance if you find anything in my article hurting your sentiments. However, I have done enough research before writing anything on this topic. We always start our questions with ‘HOW’ and ‘WHY’ instead of asking questions starting with ‘WHAT’ and ‘WHEN’. As children, we all had a sense of curiosity which compelled us to ask questions. But it is our questions which defined us and the nature that dwelled deep inside us. These questions and our way of approaching theories or laws or facts change our nature which eventually decides whether we are an ATHEIST or a Believer. Today is Janmashtami, the birth of our LORD KRISHNA. My curiosity poked me to know a bit more about our GOD and for that according to my mom, I was supposed to read a whole bunch of Holy Books. And so I did a quick Google search and got to know a bit more about our GOD. Although I believe that no matter how deep you Google them up or how much you read about them through Holy Books, if we lack belief and wisdom, none of their sayings and knowledge will help us in our REAL LIFE.

All that while when I was reading articles and forums, it was interesting to see how a single voice out of nowhere can compel a person to murder his own nephews. Anticipating that you all know about the whole Krishna-Kansa chapter, there was this one witty question that was troubling me.

Why did Kansa keep his sister Devaki and brother-in-law Vasudeva in the same jail, knowing that their eighth son Lord Krishna would kill him ! If I was in his shoes, I would have kept them apart. No children, no worries ! !* Now I can understand that some of you guys might be fuming in anger or are offended, but asking something and introspecting our belief system is not a crime provided if we do that in a proper manner. I couldn’t gather the courage to ask this to a well known scholar like Pandits and Pujaris. They were too busy with their evening grand ‘Pooja Archana’. But then again, Google Baba came in my rescue. And through a Quora Thread, I finally found my answer. Read Further.

There are many theories related to it which are interconnected to each other. Kansa loved his sister Devaki. He was happy to see his sister getting married to Vasudeva. Kansa’s relationship with the couple was very good and healthy. But after the prophetic voice which rebuked him by saying that he would meet his end by the hands of his sister’s eighth son, everything changed. Many people believe that no matter how angry Kansa was, he loved his sister and valued their blood relations. From what I can figure out is that instead of being angry, he was irritated. He was the King and had powers and somewhere between this, he had EGO. The EGO of being the most powerful person in the whole world.

He might have thought of about facing the 8th child by himself and eliminate him, which would thus prove that he was unbeatable, indestructible and the most invincible person in this world.

We should also note that KANSA was more like Tyrion Lannister in his own way. He didn’t kill his father but overthrew him with help of his father in law Jarasandha of Magadha and his immense military. The people of his kingdom were oppressed and were living a pathetic life. Anger and frustration was boiling inside them. Kansa could sense it. And he knew that if he had denied the couple ( Devaki and Vasudeva ) to conceive children which was their right, people would get a reason to rebel against him. Allowing them to conceive children might have been a political move, which helped him improve his image in front of his people as a merciful King. And hence he did not want to appear like a coward being afraid of his death but instead wanted to take control over his own fate by killing the 8th child who was supposed to kill him according to the prophecy. Well, that being said, I am satisfied with the kind of logical answers and explanations that were given on those forums. Hindu Mythology is very interesting. It gives you opportunities to ask questions, know more about our culture and finally, have opinions on many different aspects of our life.

If you have some more relevant information regarding this topic, please feel comfortable to share it with our readers in the comment section below.

Eid Mubarak! Ever Wondered Why Do We Celebrate 2 Eids In One Year? Here’s Why!
The Six Colours Of LGBT Pride Flag Represent Beautiful Feelings. Know What They Stand For