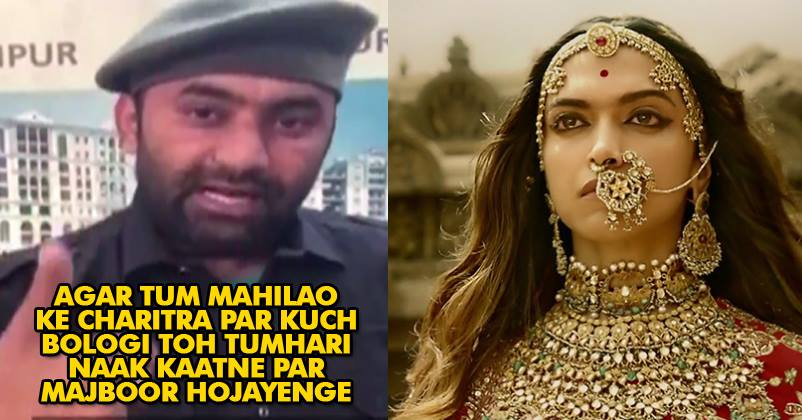 Troubles for “Padmavati” don’t seem to end any sooner but on the contrary, we are witnessing increasing threats against the director Sanjay Leela Bhansali. From creating violence to slapping Bhansali, Karni Sena is leaving no stone unturned to put a ban on the flick.

Their current target is the female lead of the flick, i.e., Deepika Padukone. Mahipal Singh Makrana, the President of Karni Sena (Rajasthan), warned Deepika of severe consequences if she keeps on extending her support to “Padmavati”. 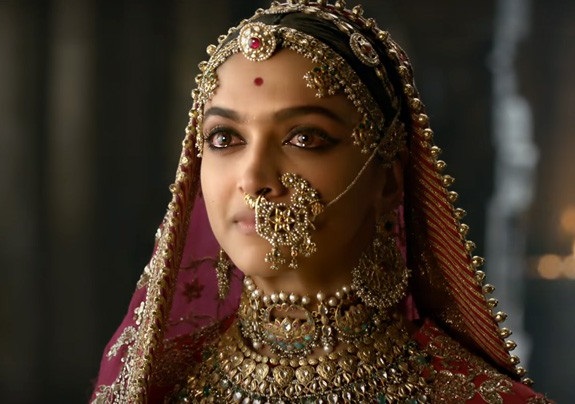 A video is going viral on web and social media, featuring Makrana giving a threat to the Mastani of Bollywood.

Makrana can be seen saying that even though Rajputs are not in the favour of attacking women, they will have no hesitation in chopping off her nose, just like Shurpanakha’s nose was cut by Lakshmana in Ramayana.

He makes a comparison between Shurpanakha and DeePee and says that as Shurpanakha came from Sri Lanka, Deepika too has come from a different country and hence, they won’t tolerate if she makes any wrong remark regarding the character of women from the Indian history. 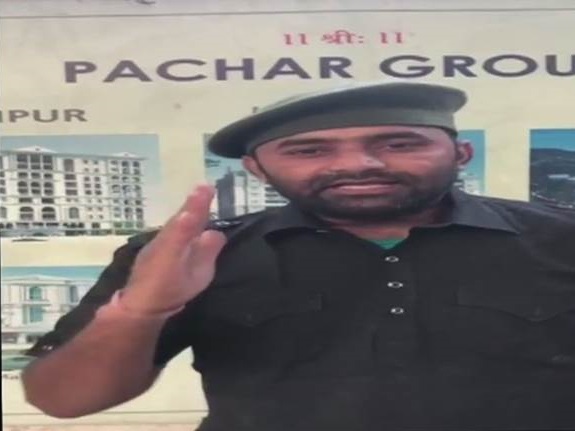 “The country is not regressing, you are making it so. With folded hands, I beg Deepika not to insult women… Deepika is dancing in the film. Yes, dance, but why are you dancing with less clothing? How are you trying to portray Indian women?”

Twitter didn’t like the way in which Rajput Karni Sena threatened Deepika and users slammed it in harsh words. Check out some of the tweets:

So now they will cut off someone's nose to protect the honour of a mythological or rather folklore character.!!! #shame

Remember, with every move, you are tarnishing the Rajputana glory.

Rani Padmavati would have been ashamed on her followers:

Padmavati, if she ever existed will be really ashamed 2day on wht her so called followers/worshippers intend to do to women #JailKarniThugs

A jibe at BJP govt:

@deepikapadukone some spineless people are threatening to cut her nose. I don’t know the logic of protecting a dead woman ‘s pride by harming a living woman. Also they are same people who kill women under sati pratha. @FilmPadmavati @SanjayLeelaB @BJP4India

Is Karni Sena ISIS of India?

Sad. Is Karni Sena trying to be ISIS of India. But Given the sensitivities Bhansali should take initiative to defuse tension by addressing issues that are problematic. Bollywood should understand large part of India is still very conservative.

They should be booked:

why these goons not booked for threatening n terrorising peoples😠

He must be backed by politicians..otherwise how can one dare to say this.

Despite the fact that Bhansali made clarification of no scene between Rani Padmavati and Alauddin Khilji, Karni Sena’s goons are harassing the filmmakers. Let’s hope that an appropriate action will be taken in this regard. What do you say?

Bigg Boss 11: 3 Worst Performers Of This Week Declared. Is Your Favorite One In The List?
Bandgi Kalra’s Audition Is Going Super Viral. You Can’t Miss It If You’re Her Fan