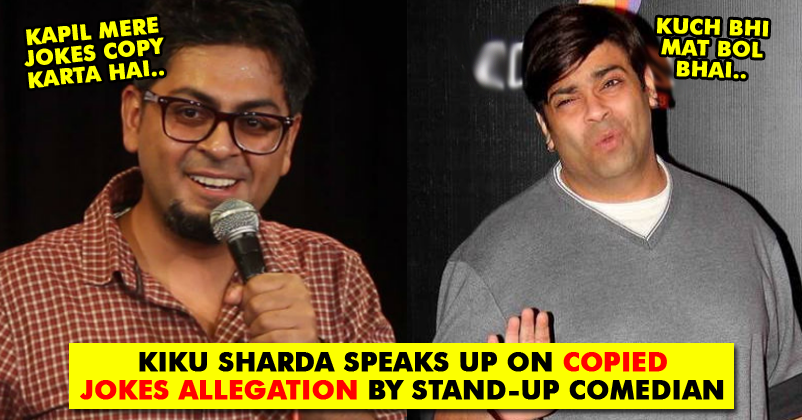 We are all aware that The Kapil Sharma Show is going through the toughest phase ever. The comedy show is in news for all the wrong reasons.

The show has garnered so much negative publicity that now its contract renewal with the channel is a big question mark.

The latest accusation of plagiarism is yet another blow. As we reported yesterday, stand up comedian Abhijit Ganguly accused Kiku Sharda and the team of The Kapil Sharma Show of plagiarism. They picked up his joke on Indian bowlers and cracked it on their show.

He had used the joke in one his Youtube videos which were released online 2 weeks back and the joke was then used in TKSS’ latest episode. Well, the stand-up artist even mentioned the video links for the audience to judge.

Now finally Kiku Sharda has reacted to the news and when leading daily TOI got in touch with Kiku, he said,

“We are a big team and brainstorm before every episode. Someone cracked this joke and we made it a part of the script. It is possible that the same idea came to our writers, or maybe they had heard it somewhere. It is not that we do not use popular SMS or Whatsapp jokes. We can’t keep track of who cracked what joke and when.” The comedy show has completed its 100th episode recently and we wonder how things will turn out in future as most of the team members are not going to return to the show and negative publicity adds more worries in the kitty.

We hope things are sorted pretty soon, what do you guys think of Kiku’s opinion on being accused of plagiarism? Do let us know in the comments section.