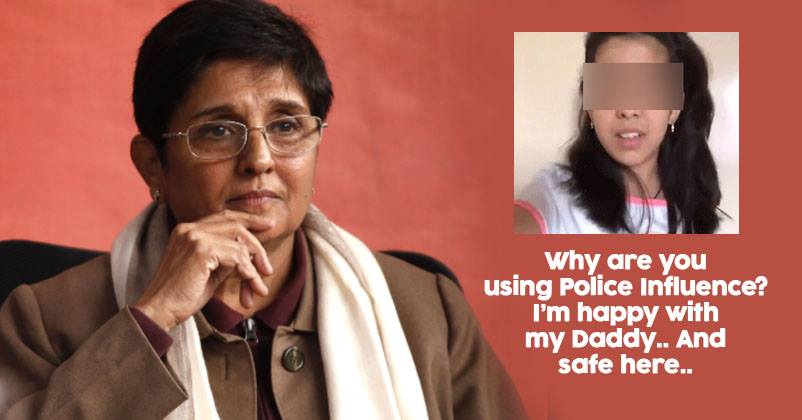 Recently, a video has gone viral up on social media, the granddaughter of Kiran Bedi Meher Bharucha is seen accusing the Iron Lady of India and the Puducherry Lieutenant Governor of misusing her ‘police influence’ apparently trying to separate Mehak from her father.

In the video, the little girl disclosed a lot against Kiran Bedi said: “I am very ashamed to be the granddaughter of Dr Kiran Bedi, the only one that too”.

The video seemed to be shot by herself only, she further said ” When I called and told you Nani (Kiran Bedi) that my mother is hitting my father with chappals and spitting on him, you had said that it is between a husband and a wife and you didn’t want to interfere, why are you using police influence now?” 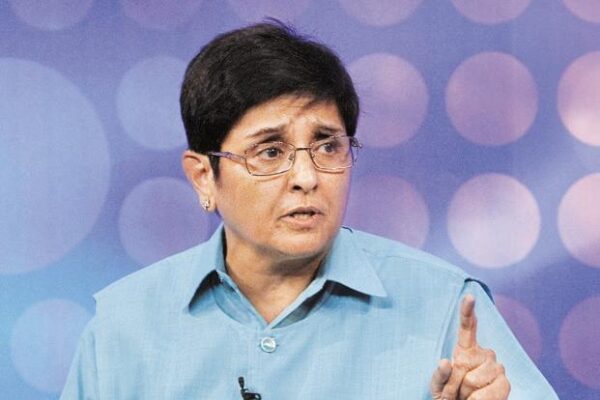 Kiran Bedi on Friday told IANS “The court has directed all such videos to be removed forthwith. And the one mentioned has already been removed. Also, a direction to the YouTube officials has been sent to do so”

The video was posted by filmmaker Deepika Bhardwaj on 4.10.19 and also posted several tweets :

Tweeps please help this child. Plz help Meher Bharucha. What she sought help for is exactly whats happening. Madam Bedi is pulling all her powers, allegedly using police force in Pune to track her father's friends down to get custody of Meher when she dsn't want to leave her dad. https://t.co/I0fbzcxdJr

Sorry to share but sadly Mehers voice has been silenced by our courts. Sources tell me Court has directed her to remove video frm Youtube. Her mother also uploaded a rebuttal video, which also has to be brought down as per directions of court. I am truly appalled. Prayers for her https://t.co/I0fbzcxdJr

I am appalled @thekiranbedi that you told your granddaughter that it's a matter between husband and wife when your daughter beat up her husband with chappals, spit on him and thrashed him. I wonder if you'd say the same if a husband did this to his wife. You'd book him in #498A

Kiran Bedis granddaughter has released a video asking her not to harass her & her father by exploiting police machinery & claiming she's been kidnapped. She shares how her mother spit on her dad, beat him wid chappals. If this was father beating mother, it wud be BREAKING NEWS