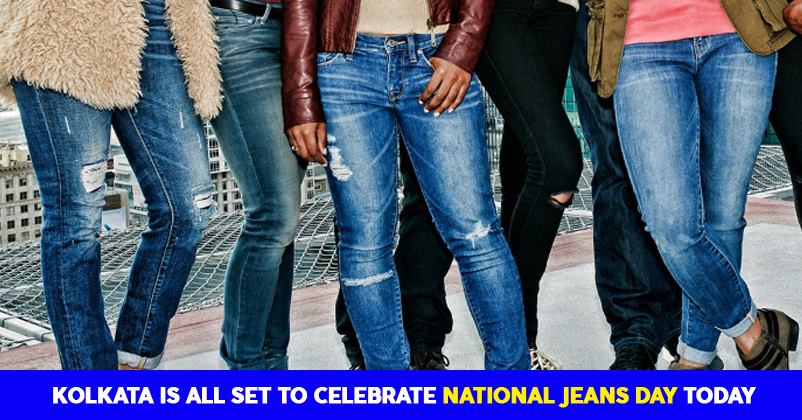 What is the first word that comes to your mind when we say “jeans”? Comfort. Casual. Style. Chic. You see, a pair of denims is the most versatile outfit you can think of.

Its National Jeans Day, you guys!

In order to raise a toast to our good ol’ jeans, fashionistas in Kolkata are joining hands to celebrate FBB’s National Jeans Day on the 16th of December. 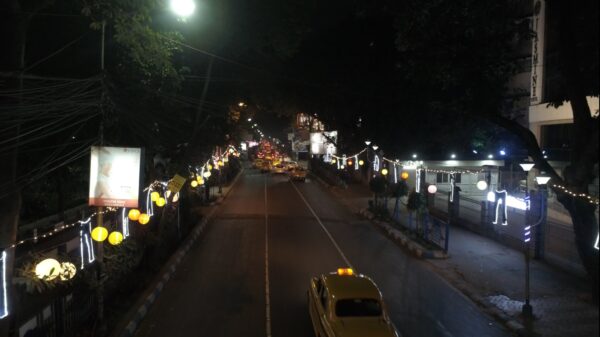 The event will be in collaboration with Trending Alive, a marketing company based in Kolkata. The idea is simple – to portray jeans as something more than just a casual outfit. A pair of the right denims, and you could unleash the oomph factor hidden in you.

To mark the occasion, one of Kolkata’s most popular streets, Shakespeare Sarani will be decorated with more than 85 pairs of jeans. The entire stretch, which spreads roughly over 600 feet, will be known as Jeans Street, for the day.

And Kolkata is taking a step in the right direction! 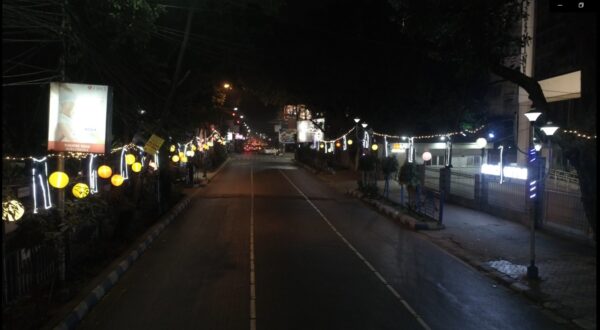 “It took us a long time to plan the entire activity, we sat down with the regional team, we selected the most popular designs from their Jeans category to put up for display, it is very important that what is featured for thousands of public eye is screened well. The activity was appreciated by the local authorities and most of all the FBB marketing team knew exactly what the people of kolkata like.”

The event has also seen a massive positive response on the digital platform. Several bloggers from around the country have joined hands to make the event a success. In fact, a Jeanathon campaign was also launched on Instagram. Take a look:

There were others too:

Super excited to declare National Jeans Day with @fbbonline !! Check this fun video of mine where I'm wearing my favorite pair of @fbbonline denims without using my hands!! Don't forget to check this amazing offer from fbb on this National Jeans Day, 16th December 2018. Buy any pair of jeans worth Rs 999 and above and get a free T-shirt worth Rs 499 + future pay Rs 500 cash back. For registration give a miss call at 18005324646 http://nationaljeansday.fbbonline.in/ Shop our exclusive winter and jeans collections available at our following stores Salt Lake, Sector V Mani Square Alcove Gloria G.T. Road, Howrah Bidhan Sarani, Hathi Bagan . . . . 🎥 : @surajit_saha_photography #GrabAPair #NationalJeansDay #Fbb #jeanathon #theorangeepistlesXfbb #theorangeepistles #sayanbakshi #TOE

A post shared by Sayan Bakshi~TheOrangeEpistles (@theorangeepistles) on Dec 12, 2018 at 10:27pm PST

That’s not all. Celebs joined in the fun as well. Actress Ritabhari Chkarborty, who was seen in Pari, also supported the event.

Super happy to be celebrating a fashion attire which I love to wear "Jeans" on this national jeans day with @fbb online. Check out this cool look i created this amazing jeans from Fbb. Don't forget to check this amazing offer from fbb on this national jeans day,16th December 2018 Buy any pair of jeans worth Rs 999 and above and get a free T-shirt worth Rs 499 + future pay rs 500 cash back. For registration give a miss call at 18005324646 http://nationaljeansday.fbbonline.in/ Shop Fbb's exclusive winter and jeans collections available in stores now #GrabAPair #NationalJeansDay #Fbb #jeanathon

5 Best Works Of Julia Roberts That You Absolutely Cannot Miss
JIO Brings A New Year Offer For Its New And Old Customers. Everyone Will Be Happy