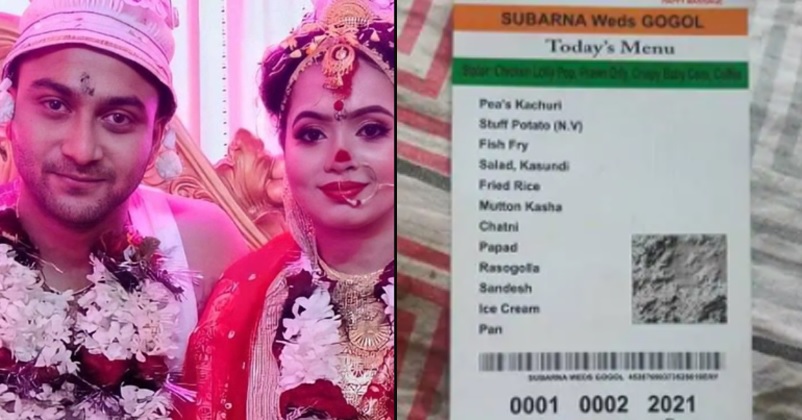 Marriage is certainly the most memorable moment of our lives and the youngsters of today are leaving no stone unturned in making this moment more special for them. The couples like to talk and decide about each and every thing before the actual function and they love to do something out of the box in order to make their wedding unique.

Here in this article, we are going to share with you something quite unusual that you might have never heard before. A couple from Kolkata came up with a great idea of designing Aadhaar card themed food menu card of their marriage. 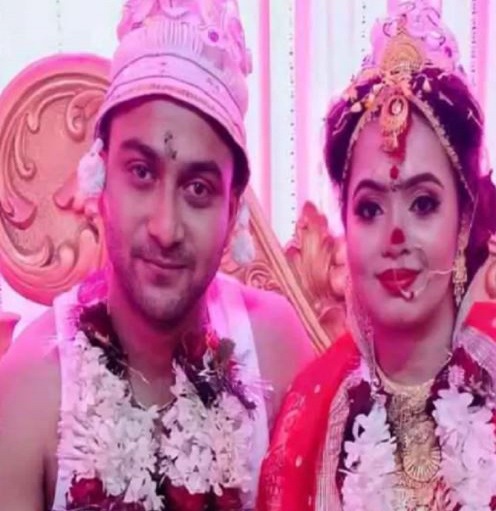 Their one-of-its-kind food menu card is getting a lot of attention on the social media networks and the creators of this card – the groom Gogol Saha and bride Subarna Das who is a healthcare worker by profession are pretty happy about it. It was Subarna who came up with this idea and Gogol supported her completely. Gogol says that they both are supporters of Digital India and he thought of it a great way to show their faith in it. He also told that the guests just loved the idea and few of them even asked him whether they left their Aadhaar card on the dining table which was quite hilarious.

The food menu has traditional Bengali dishes along with chicken lollipop, coffee and crispy babycorn in the starters. On the back side of the card, it is also written that the card is valid for today only with the name of the caterers as well. 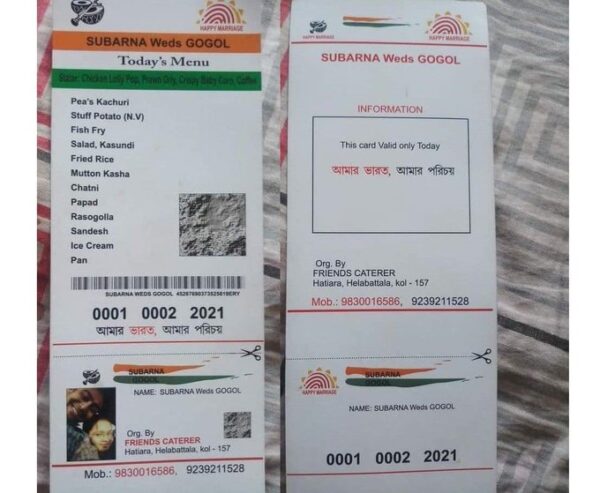 A Twitter user shared the photos of the unique food menu card and also pokes fun by writing that a person may have to go with a Voter ID Card for attending their marriage.

The couple, Gogol Saha & Subarna Das are both residents of Rajarhat area of Kolkata, West Bengal who tied the knot on February 1 got their wedding food menu printed like an Aadhaar card.

How did you find the idea? Quite distinctive and interesting, isn’t it?