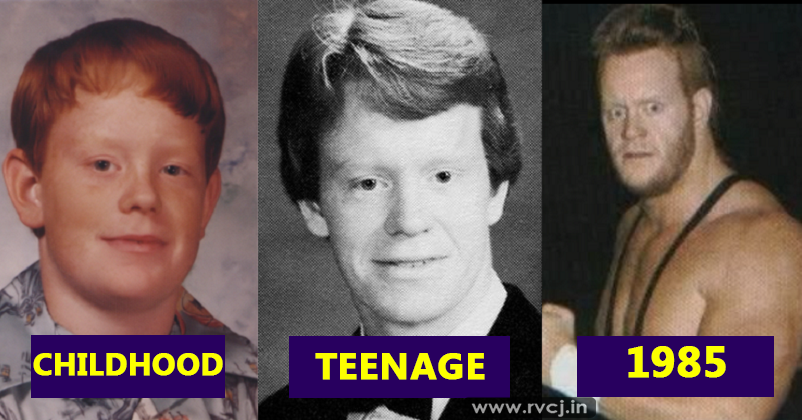 It was on November 23rd, 1990, at Survivor Series where a fearful, young, brooding, pale guy, for the first time was before the audience. His real name is Mark Lucas Callaway and he was born in Houston, Texas, on March 24, 1962. The details like the date of birth of The Undertaker remain under dispute. As a child, he used to play basketball and with his good performance and ability, he got a scholarship Texas Wesleyan University in Fort Worth, where he played center on the university’s basketball team. Mark was not a big fan of wrestling at that age but eventually, he attained a height of 6’8 and a big physical size, which got captured by the eyes of a wrestling promoter, Fritz von Erich. The Undertaker made his début for von Erich’s World Class promotion in 1984. After that, he graduated in 1988 with a degree in Sports Management and we know the rest.

Talking about looks, he simply makes everyone fear with the looks and the way he enters the ring. Here’s how he looked like in his Childhood, teenage and as an adult. Do not forget to share this article about the man who Filled our childhood with happiness. Please let us know your views, write in the comments section below.
Images Source: Instagram, Twitter & Google Images.

You Will Be Stunned To Know What These Afghanistan Players Did To This Kid After Chasing Him
Unbelievable: Navjot Sidhu’s Daughter Rabia Is Not Less Than Any Bollywood Actress!