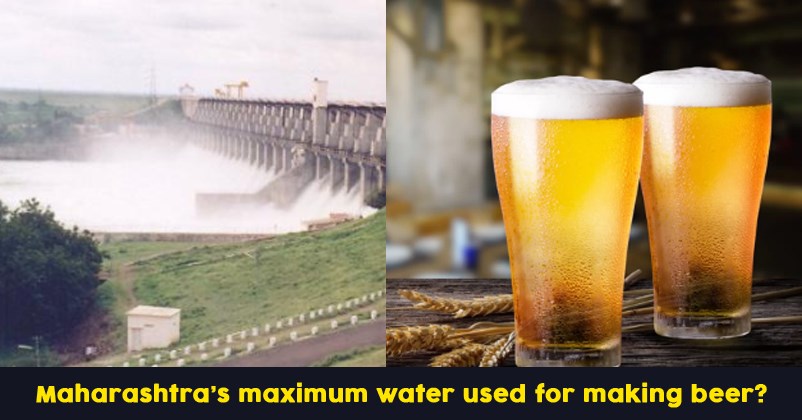 The state of Maharashtra is suffering from the worst drought in 40 years. Several villages don’t even have sufficient drinking water. But breweries and distilleries under political control are still getting sufficient water.

An activist from Osmanabad Vishwanath Todkar told that Marathwada, a region in Maharashtra, is facing drought but water is being supplied to beer factories in the area. Many organizations and NGOs have studied five drought-affected areas in the state– Western Maharashtra, Marathwada, Konkan, North Maharashtra, and Vidarbha regions.

Todkar revealed that Marathwada region is completely dry and people from eight districts and 76 talukas are striving daily to get drinking water. But 10 beer factories near and around Aurangabad are getting plenty of water due to their political connections.

Social activist Todkar demands the government to stop sending water to the beer and sugar factories and divert it to the drought-affected areas.

Another activist Mohan Survey shared the conditions of Konkan region. The place which was once known for its greenery and beautiful nature is on its way to becoming a dessert. Water from this region is being taken by Thane and Mumbai.

There are 129 units of producing Indian Made Foreign Liquor (IMFL) and country liquor in the region and all of them are still in operation. Officials from the Industries Department of Maharashtra government revealed that breweries buy water from private tankers who supply from various dams in the region.

As estimated, 60% of the water in the Jaikwadi dam in Aurangabad is used by beer factories and distilleries. Social activists are demanding to shut down these factories until the monsoon arrives.