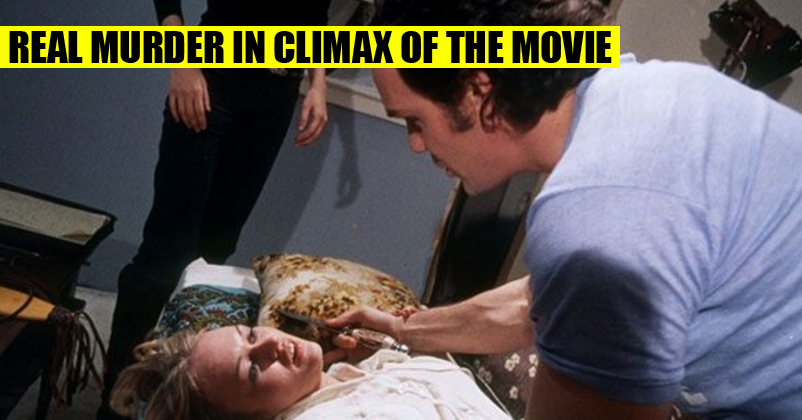 A good horror movie is the best cure for boredom. Horror movies exploit the primal fear, revulsion, and the terror of the viewers to elicit an emotional response. The horror genre evolved from the macabre and supernatural themed movies to the nonstop slasher and gore films. Earlier movies contained little gore, but horror films then shifted the emphasis on depictions of torture, suffering and violent deaths which came to be known as the ‘Splatter Film’ or ‘Torture Porn’, a sub-genre of horror. The graphic violence and extreme portrayal of gore, using special effects, corn syrup and smart tricks to present blood on-screen. Many of these gory movies like ‘SAW’, ‘Hostel’ have developed a cult following over time.

While most of the people might find the excessive blood and guts disturbing, there are people who are aroused by such content. This visual stimulation gives them a rush, a kick, puts their body in ‘fight or flight’ reaction, the very sensation makes the movie more enjoyable. While blood, gore, and graphic violence can be overwhelming for some people. Although all the extreme graphic and gore are nothing more than special effects, make up and syrup. But it seems real enough to convince the audience that it’s legitimate. This credulous audience even had resorted to police and authority thinking the films are ‘snuff’.

So let’s take a look at the 5 Horror Movies Filled With Extreme Blood And Gore That Convinced The Law Authorities That It Has Real Murder.

The movie tells the story of a missing documentary film crew who had gone to the Amazon to film cannibal tribes. A rescue team is sent to bring them back, the team finds film crew’s recorded footage. The movie when released was met with a lot of controversies due to its extreme graphic violence. The film was confiscated soon after its premiere, the director was arrested obscenity charges, making a snuff film and the actors of the film were killed during the shooting on camera. The director had to explain the special effects used in the impalement scene in the court. The film’s crew members had to appear before an Italian court to prove they are indeed alive. The court later dropped the murder charges against the director. The Guinea Pig series is known for its depiction of torture, mutilation, and murder in the films. The film series notoriety when one of the films was discovered in the videotape collection of the infamous serial killer Tsutomu Miyazaki. After watching this film the ‘Two and a Half Men’ actor Charlie Seen was convinced that the film is a real snuff film, it has an actual murder shown in it. He contacted the FBI for the depicted homicide in the film. FBI contacted the Japanese authorities who were already investigating the film crew. The filmmakers had to come up with a documentary ‘Making of Guinea Pig‘ to explain the special effects they used in the movie. Directed by Lucio Fulci in 1971. The film is a psychedelic-fuelled story of crime which concerns a woman who experiences a series of vivid nightmares consisting of deviant love-making, LSD use. She is accused of murdering her neighbour, the same neighbour she had killed in her dream. The film is mainly known for its dog scene in which the lead actress walks into a sanatorium to discover vivisected dogs, the dogs are cut open with their hearts still beating. An Italian court charged the director with a two-year prison sentence for the animal cruelty. Fulci, the director had to present the prop dogs to prove his innocence. Rated NC-17 for extreme aberrant sexual and violent content including explicit dialogue. This is the most disturbing, disgusting, nasty movie of the modern era, and debatably of all time. Some things you just can’t unsee, and A Serbian Film is something that is beyond the accepted norms, a sick flick  A Serbian Film was investigated by the Serbian state for crime against sexual morals and crime related to the protection of minors. This 1976 splatter film is infamous for being marketed as an actual film by its makers. The movie is notably remembered for what happened in its last 10 minutes, the audience would see a behind-the-scenes footage of the film. We see the director murdering his actress while the rest of the crew look on, first a finger, and then the entire hand is chopped off. She pulls her guts from her stomach. The picture goes dark as they ran out of the film. We hear the crew talking that they got it all on the film. Complaints and petitions were filed by the writers, audiences to investigate the homicide of the woman. However the charges were dropped, the case was dismissed. Now You Can Learn Kung Fu By Watching These 7 Movies
10 Highest Paid TV Actors Will Make Your Eyes Pop-Out!