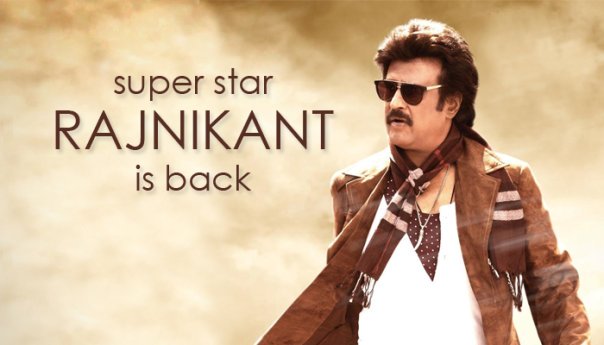 1.Has suffered all conditions

He isn’t star kids whose career path was paved. He is all done this by his real struggles like being coolie, carpenter, and bus conductor. He was penny less and had no family support, though took acting courses and now we all know him!

All actors retire at the age of 64, but Rajinikanth is still rocking as the lead character in the films. He is also being paired with most of the young actresses like aishwarya rai, Sonakshi Sinha or Deepika Padukone. This man is surely not getting old!!

Rajinikanth is one of the highest paid actor in Asia and the 2nd being Jackie Chan? Ye you heard it right! He has earned 26 crore for his character in the movie Sivaji that realised in the year 2007.

He is just not an actor who earn big bucks but donated1/2 of his income to the charities. Big heart you see!! Rajinikanth was born for superstardom. This became clear from this debut movie ‘Apoorva Raagangal’ that released in 1975. This movie won 3 National Film Awards and fans took note of this bright star.

He is been ill, taken gaps and also retirement, but his fans will surely not let him go! His recent release ‘Lingaa’ counts to 168th movies.

7.Done 4 Forms of Cinema in a year

Rajinikanth is the first Indian actor to do 4 different forms of the cinema (black& white, colour, 3D and the motion capture) in just year 2012!

8.Did you find him in your CBSE Syllabus?

Yes, you can see him featured in your CBSE syllabus that has lesson named ‘From Bus Conductor to Superstar’.

The Biggest Superstar of India still doesn’t have his official Facebook page. He opened a Twitter account and gained following of more than 210,000 just within 24 hours. Really fast rate of followers you see!

He has a heart of gold with humble attitude that helps him gain dedicate. Is often the subject of joke or a memes, but this surely doesn’t affect him at all.

Keep reading our page that’s has this great superstar’s name. Do let us know why you love Rajinikanth!