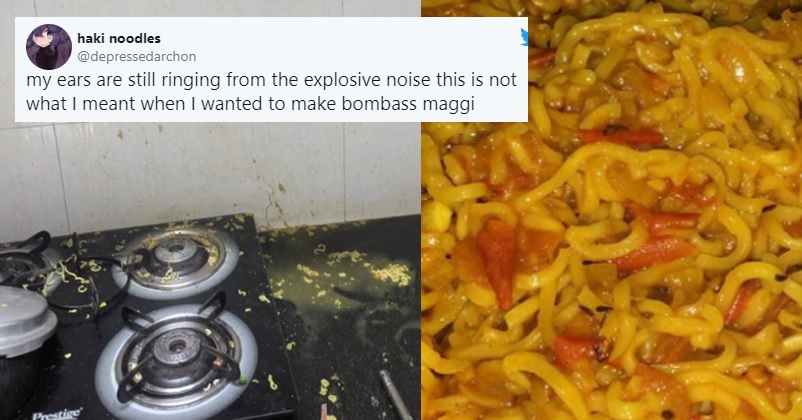 Cooking is something which requires a lot of patience and skill but there are some dishes which can be cooked even by those who are not adept and one such dish is Maggi. It is called instant noodles because it takes very less time in cooking. Moreover, it’s very easy to cook and tastes delicious. In fact, it won’t be wrong to say that Maggi is not just a food item, it is an integral part of lives of many people and a number of persons have some really cool memories about it. 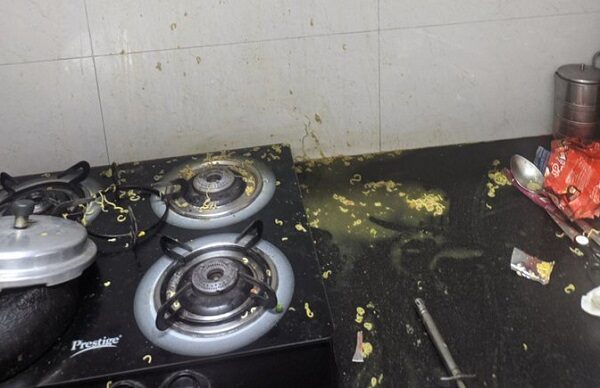 A Twitter user with the name Haki Noodles (Twitter handle – @depressedarchon) tried to cook 6 packs of Maggi in a pressure cooker because he wanted to cook instant noodles in faster way. It ended in an explosion and everything was scattered in the kitchen, thankfully nobody got injured. Haki Noodles added vegetables and paneer in Maggi and some felt that he deserved this explosion because of the ingredients that he added as a majority of people love to have it with just the tastemaker.

Here are the tweets by Haki Noodles:

so……lots of things went wrong . but it all started when I made maggi in a pressure cooker and then opened it still hot (it was a 6 pack I added paneer and veggies okay) pic.twitter.com/mIS2iZm9gE

yes I call myself a master chef

well it definitely was bombass…..tho

Some Twitter users tried to explain him that pressure should be released before opening the pressure cooker but majority of the online users were trolling him for his engineering experiment. Few also asked him the need of speeding up the cooking process when it is already so fast. Here are some of the selected reactions:

That could've seriously hurt you. Pressure cookers are very dangerous, you're supposed to release the pressure entirely before opening .

what is this chaotic energy

Have you also tried any such experiment while cooking Maggi or any other dish? Share with us.