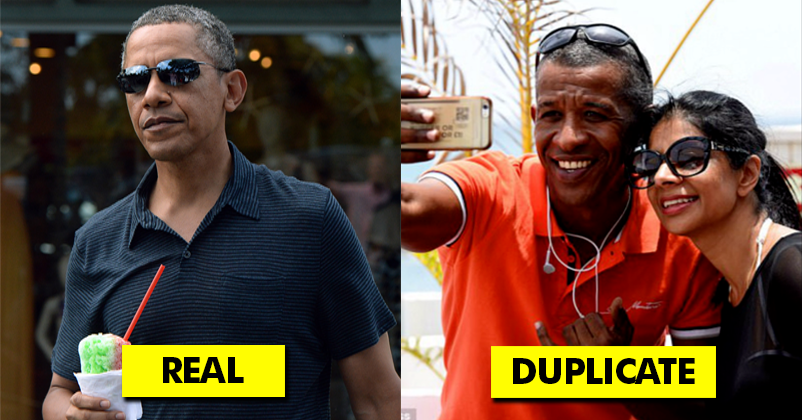 A few days back, we told you about an Iranian man who looks like the Argentina based Football sensation, Lionel Messi. The latest guy to get spotted is the doppelganger of none other than former US president Barack Obama. Jose Oliveira, a father of 5, looks so similar to Obama that people actually call him his brother. The resemblance is so uncanny that he can’t step out of his house without someone mistaking him of Obama. Jose who is a tourist guide by profession tells –

“Some people even ask me if I’m his brother.”

Sharing details about his experiences he says-

“So I am always meeting new people and their reaction is always the same. As soon as they see me they say, ‘Oh my God, you look just like Obama!’.

Jose who likes the love he gets from people doesn’t mind clicking some selfies with them.

“I find it very funny and I don’t mind posing for photographs with people. I have at least 15 photographs and selfies taken every day.”

Jose also revealed that he has never been asked to represent Barack Obama as a lookalike at any event, but, wouldn’t mind doing it if a good opportunity came knocking.

“I have never thought about working as an Obama lookalike before, but maybe I would if given the opportunity. If it was an honest and respectful job that allowed me to support my family I would think about it.”

Checkout some more amazing pictures of him- Can you spot any difference between him and Obama?

Continue Reading
You may also like...
Related Topics:Barack Obama

KRK Is Offering 5 Lakhs To Each Follower! After Hearing His Condition, Everyone Slammed Him!
Lawyer Cleared 5 Million Kg Trash From Versova Beach! Transformation Pics Will Surprise You!