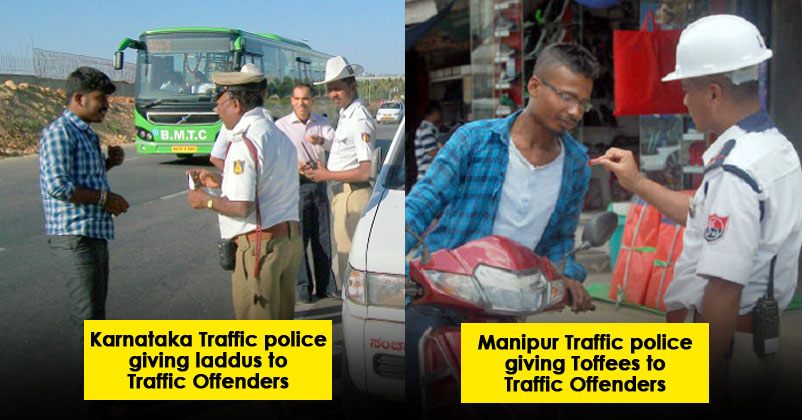 Motor Vehicles (Amendment) Bill 2019 passed in the Lok Sabha on 23rd July. Motor Vehicles Act of 1988 has been amended in the new bill and traffic violations fines have been increased. This amendment bill was passed to control the riders and drivers from violating the traffic rules.

Well, seems like citizens are only a bit affected with the hike in fines. But for many its no big deal as there is no change in their behaviors.

Recently, the Manipur Traffic Police came up with an innovative idea to spread awareness amongst the riders who prefer driving without helmets. As per the sources, the Manipuri traffic police officers are distributing toffees to the helmetless riders instead of fines. 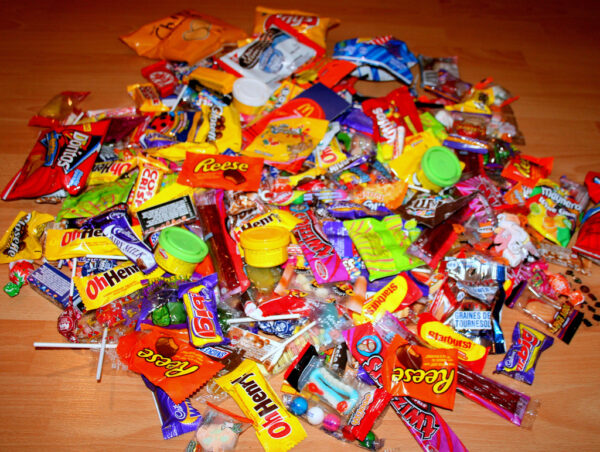 The officers made the traffic rule violators get off from their bikes and asked them to park it at a distance and personally handed over the toffees. While counselling them about their own safety and traffic rules. 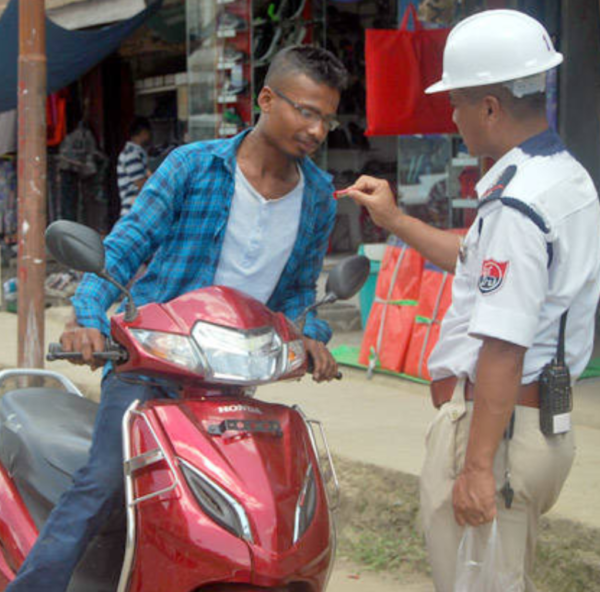 Amrita said, we are carrying out the helmet drive to check those bike/two-wheeler riders, who are moving around without wearing their helmets – either they do not have a helmet or they have forgotten it at their house or they might be keeping it in the vehicle itself and not wearing it.

Continue Reading
You may also like...
Related Topics:MANIPUR, manipuri police, Manipuri Traffic Police Came Up With An Innovative Idea To Teach A Lesson To The Helmetless Riders

You Can Earn 1.1 Million Euros, If You Prove This German City Doesn’t Exist
A Funny Banter Between Herschelle Gibbs And Alia Bhatt Will Leave You In Splits