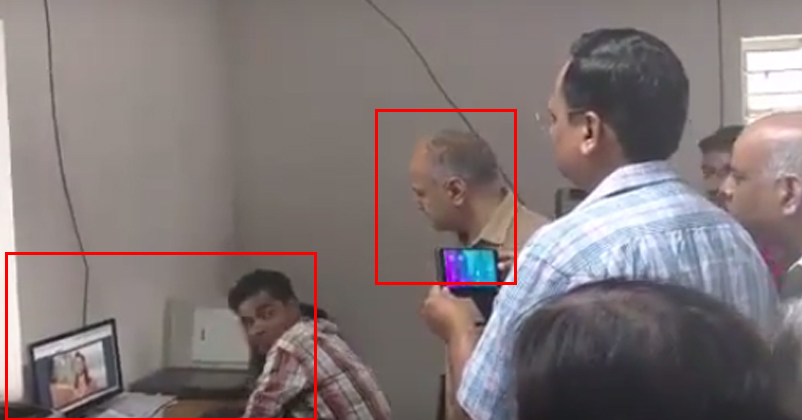 There was a time when people of Delhi considered Arvind Kejriwal as Shivaji Rao Gaekwad from the movie ‘Nayak – The Real Hero’. But now, situation is relatively quite different. And this reminds me about the hard pitching dialogue from the movie Madaari where Irrfan Khan comments on the ‘opinion_swinging_internet_users’.

The movie character’s way of working and classifying problems in simple terms was brilliant. His aggressive approach and quick judgements had the potential to restore the faith in the government again. But that was just a reel life, not a real one.

But once again, the Kejriwal Government did something like that. Without any prior notice, Delhi’s Deputy CM Manish Sisodia went for a surprise check in one of the government hospitals in Delhi and this is what he found out. Watch The Video.

Well, for a moment let us just ignore all the politics and admit it that this was something really required from any government official to have a check on such public administrations where the staff workers take the citizens for granted and do not respond to their appeals.

In this video, the Hospital staff member was seen watching movie while the patients were waiting outside in line. And coincidentally or rather unfortunately ( for this particular staff member ), Delhi’s Deputy CM Manish Sisodia was on an inspection. When Manish Sisodia caught him red handed for not performing his duty at the working hours, the staff member started making excuses which were of no use. Manish Sisodia was quick to react on this and demanded the person in charge to appear in front of him.

Manish Sisodia went hard on the staff members by inquiring them about their daily routine and showed his disappointment by sarcastically asking them about the use of computers which they were lately using for watching movies. He also made it clear by telling them that office is not a place for entertainment.

DISCLAIMER – This article is not a paid promotion for any organization or whatsoever. The views expressed in this article is solely based on the writer’s personal opinions which may or may not contradict with your thinking. If this step was initiated by any other politician irrespective from which organization or party he or she belongs to, we would had still published this story without being biased.

Although revealing the identities of those staff members is still a questionable decision which needs further more clarification but apart from that, what they did was simply amazing and important too.

“Pokemon Raped Me,” Claims This Woman After Detecting The Creature In Her Bedroom
12-Yr Sister Ended Her Life After Hearing This From Her Brother While Tying Rakhi