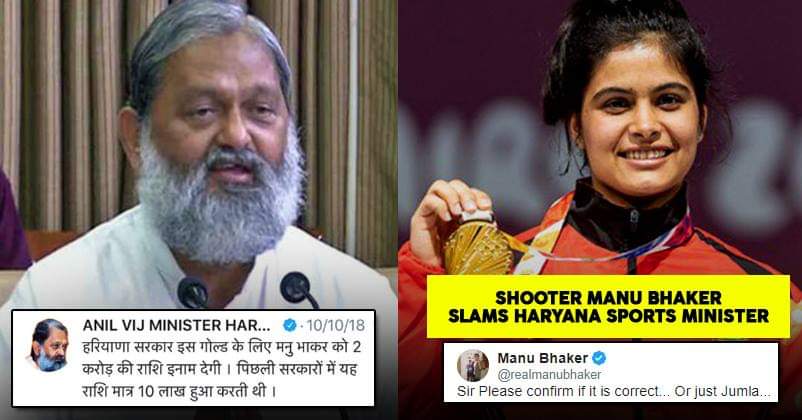 Manu Bhaker is a household name now, when the 16 year old Indian shooter became the first to have brought home gold in the Youth Olympics 2018. 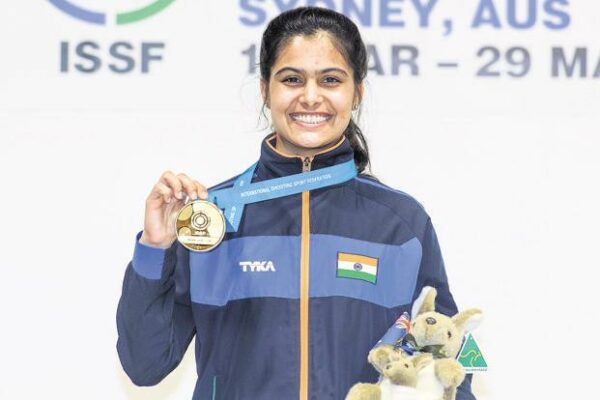 In October of 2018, Anil Vij, the Haryana Sports Minister had promised that the Youth Olympic winners would be receiving cash prize of 2 crores.

This is what the Minister had written then, “Congratulations to Manu Bhaker for winning shooting gold in Youth Olympics. Haryana government will give a cash prize of Rs 2 crore to Manu Bhaker on her achievement. Previous governments used to pay Rs 10 lakh.”

However, the money has clearly not reached the winners’ hands because Manu Bhaker tweeted:

Sir Please confirm if it is correct… Or just Jumla… @anilvijminister pic.twitter.com/AtxpLKBSYV

She has one direct question for the Haryana government – if the promise was a false one or not.

I was too young to understand this at that time .. But Today i understand what he wants to prove…. Some people want to prove thamself right even they know they are not… Bad luck ofHaryana . https://t.co/4EsUbDul4B

One of her tweets also said:

Some one in Haryana is really playing with Youth Olympic games cash prize!!!!! @narendramodi @mlkhattar @anilvijminister @Ra_THORe @AshokKhemka_IAS … Is it really for encouraging or disheartening players. which one is correct… pic.twitter.com/adIsfttId7

She wrote that such an incident is really disheartening and discouraging as far as players are concerned. This is truly shameful for the Haryana government.

Continue Reading
You may also like...
Related Topics:Jumla, Manu Bhaker