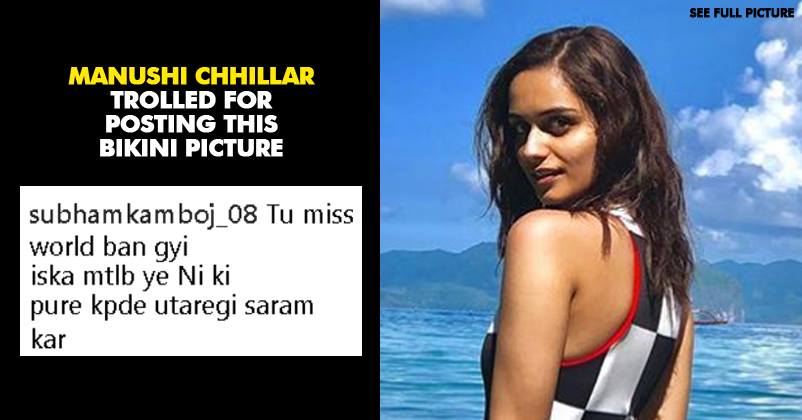 Manushi Chhillar made all the Indians feel proud when she won the Miss World 2017 title and since then, she has always been in news for some reason.

Just recently, the aspiring gynecologist became Times Most Desirable Woman 2017 after beating some top Bollywood divas such as Deepika Padukone, Jacqueline Fernandez, Priyanka Chopra and others.

After becoming Miss World, Manushi got busy is seminars and events throughout the globe but recently, she decided to take a short break from her hectic schedule and have a good time at a beach.

She shared her photo on Instagram in which she can be seen raising the temperatures in a bikini. 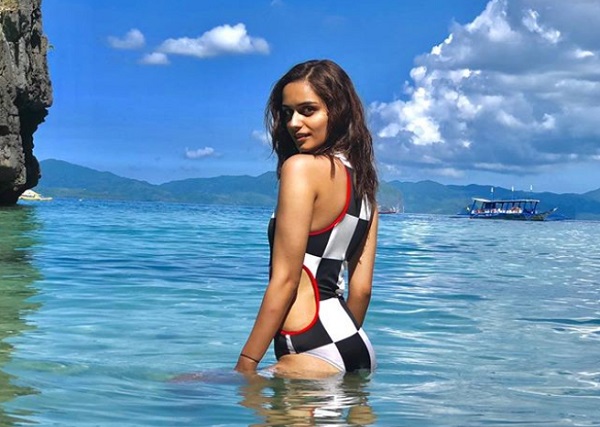 She posted the pic with caption,

Tan is the only makeup

The sea is my hairstylist for today”

Her bikini photo didn’t go well with many users and they decided to teach her a lesson about the dressing sense that the Indian girls should have. Some mocked her for exposing while others asked her to have some shame. Check out some selected comments:

Every female celebrity has to face such trolls but we don’t think that it will have any effect on Manushi and she will live her life as per own will. What do you say?

Sonam’s Hubby Who Wore Sports Shoes Is Not Alone. Here Are Worst Dressed Celebs From Her Reception
You Will Feel Huge Pressure On Your Chest And It Won’t Let You Move. Facts About Sleep Paralysis