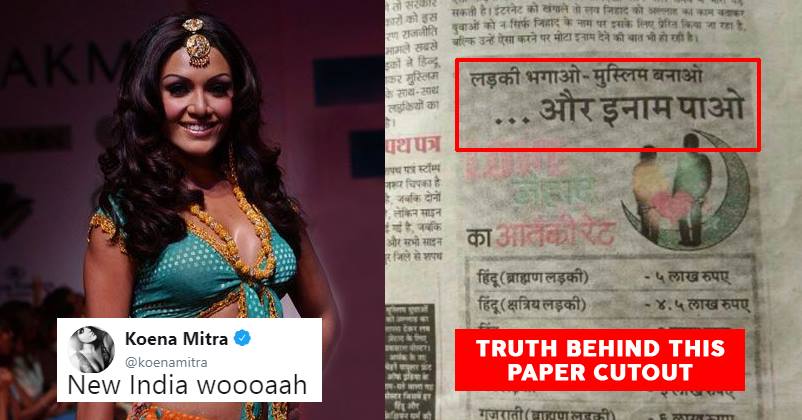 India is a country known for maintaining unity in diversity for so many eras. We’ve together faced a lot of challenges and religious disturbances but the common man of every religion still stands united in India.

The attempts to disturb India’s unity by spreading false messages are still being made but they are never going to be successful.

A fake message related to Love Jihad has been doing rounds on the social media and the Internet from so many years. The message talks about how Muslims are paying money to young boys for marrying non-Muslim girls and converting them to Islam. 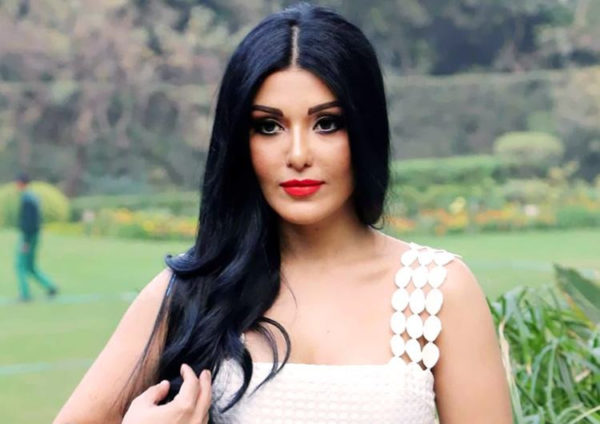 Bollywood actress Koena Mitra recently fell into its trap and tweeted the pic which appears to be an advertisement of the rate list of marrying girls from various religions. It says that Muslims are giving upto 5 lakh rupees to a boy for marrying Hindu Brahmin Girl, 6 lakhs for a Punjabi Hindu girl and so on. She tweeted the pic and wrote- 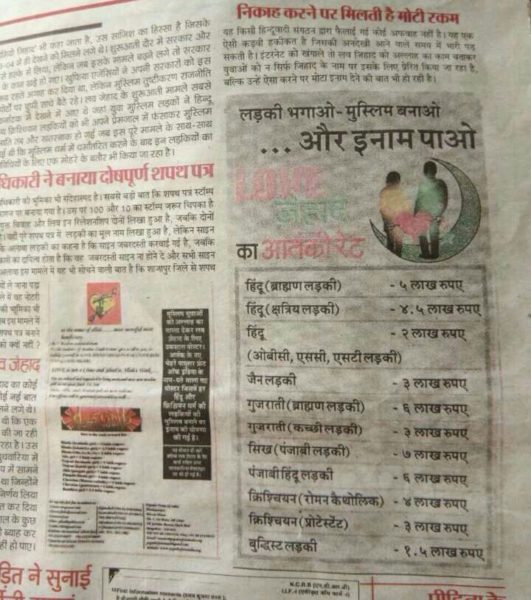 It must be noted that the message and rate list is completely false. As mentioned above the same message is circulating on social media, WhatsApp and fake news websites for so many years. As per Alt News, the image is a photoshopped one and a similar pic can be found on a provocative blog published on Feb 5, 2010. Have a look- 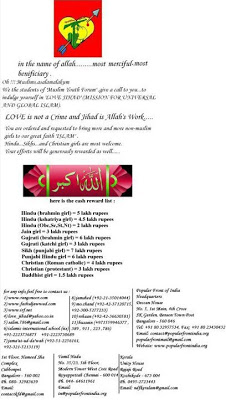 The purpose of the blog is quite clear and the fact that this old message is being circulated again and again on fake websites and newspapers tells everything.

We request you to not believe on anything and everything that goes around in the form of news. There’s a lot of fake information around us which has more dangerous purpose than one can ever imagine. Let’s make sure that we maintain the love and respect for each other. That’s enough to lead a peaceful life.

Continue Reading
You may also like...
Related Topics:Koena Mitra