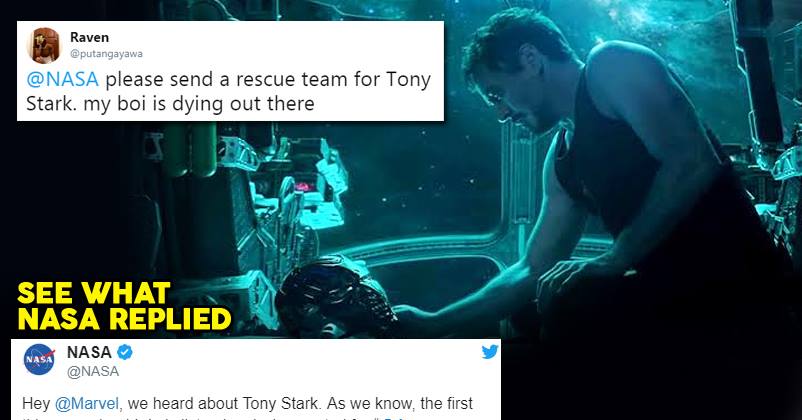 The trailer for Avengers: Endgame is out, and Marvel fans have lost it completely. And with good reason. The new trailer has us biting our nails, what about you?

The trailer shows that Tony Stark is stuck in outer space, with little hope for return. The trailer also shows that he is about to record a heart felt goodbye message as well.

This trailer has triggered hundreds of fans across the world, with many of them asking NASA to save Iron Man. Check out some of the tweets here:

@NASA please send a rescue team for Tony Stark. my boi is dying out there

And this as well:

But NASA had the best possible reply to this.

Hey @Marvel, we heard about Tony Stark. As we know, the first thing you should do is listen in mission control for “@Avengers, we have a problem.” But if he can’t communicate, then we recommend ground teams use all resources to scan the skies for your missing man pic.twitter.com/zavXrsPljq

Marvel fans across the world were touched by this. And so are we. This is so nice of you guys!

We have our fingers crossed!

Aayush Sharma Speaks About His Stardom On Twitter, Gets Badly Trolled In Return
1st Pic Of Kapil & Ginni’s Wedding Is Out. Even Sunil Grover Tweeted This For Them