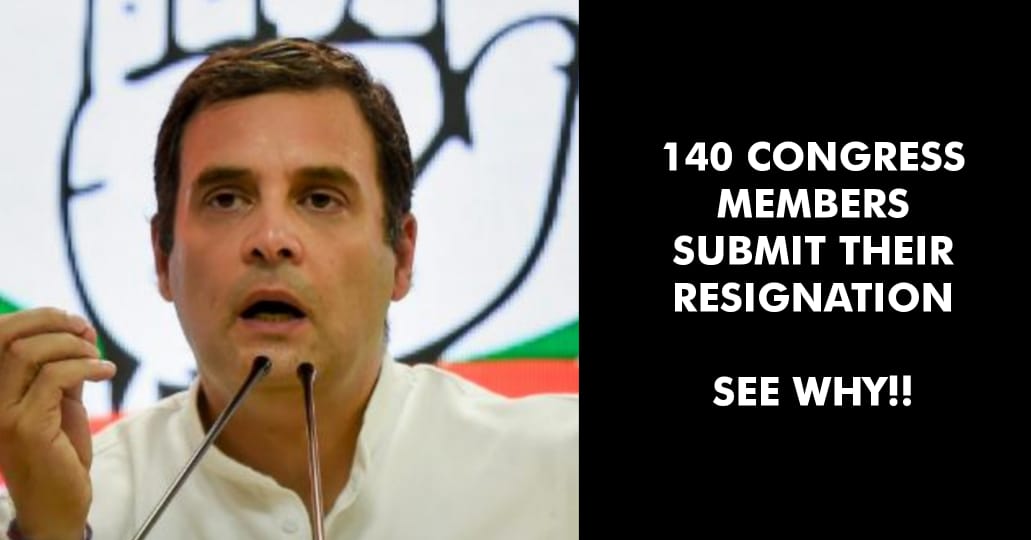 Congress Party office is flooding with resignations as almost 140 members of AISC and PSC have offered their withdrawals. Office bearers of Youth Congress, Women Congress, Sevadal and other departments have signed their resignations.

The party members have given their resignation to the Congress President in respect and honor of Rahul Gandhi. Prakash Joshi has said that why only Rahul Gandhi has to take the responsibility of 2019 Lok Sabha elections defeat.

He said that all the party people should believe in Rahul and give him free hand so he could reconstruct the party. He added that it is very clear that only Rahul will be accepted as Congress president by the people.

AICC secretary Anil Chaudhary said that Rahul worked with full loyalty and honesty for the party and the nation. He took responsibility for the defeat and gave resignation so it is not right for others to hold the given office.

Journalist Anjana Om Kashyap took to twitter and shared the list of few people who resigned from their respective posts.