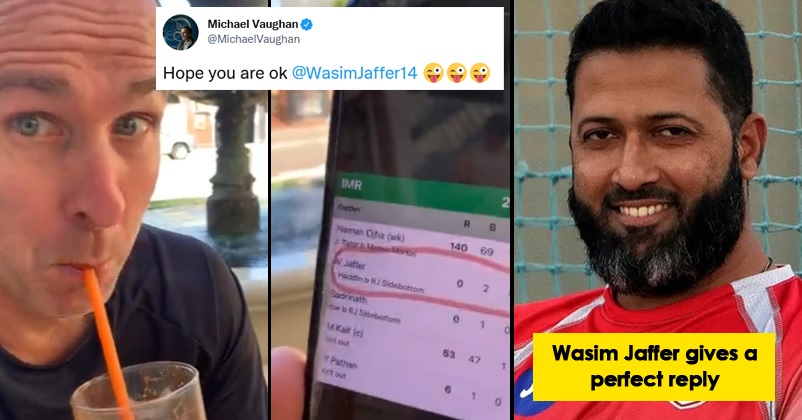 Michael Vaughan, the former England cricketer, is quite fond of trolling the Indian cricket team whenever the squad performs badly but there is one former Indian cricketer who loves to give Vaughan a taste of his own medicine. We are talking about Wasim Jaffer who has become pretty famous among the cricket lovers for posting memes and jokes in regard to events related to cricket and he is always ready with apt answers to Michael Vaughan. 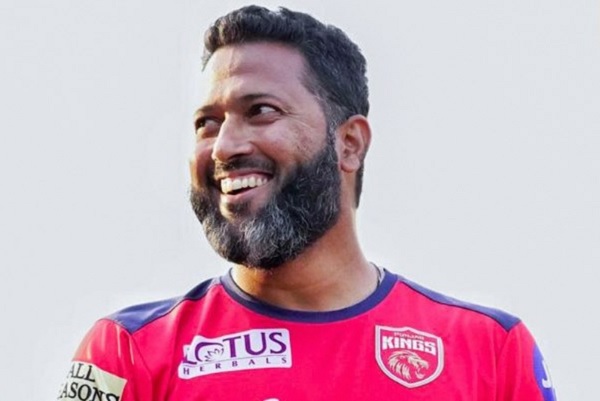 Some time ago, Wasim Jaffer took a jibe at Michael Vaughan for his team’s poor performance in the Ashes series 2021-22 which Australia won by 4-0.

As it is quite obvious, Michael Vaughan also doesn’t leave any chance of trolling Wasim Jaffer and recently he got a golden opportunity as the former Indian cricketer was not able to open his account in the ongoing Legends League Cricket. Wasim Jaffer is a part of Indian Maharajas and in the match against World Giants, the opener got out for a duck after playing two deliveries. 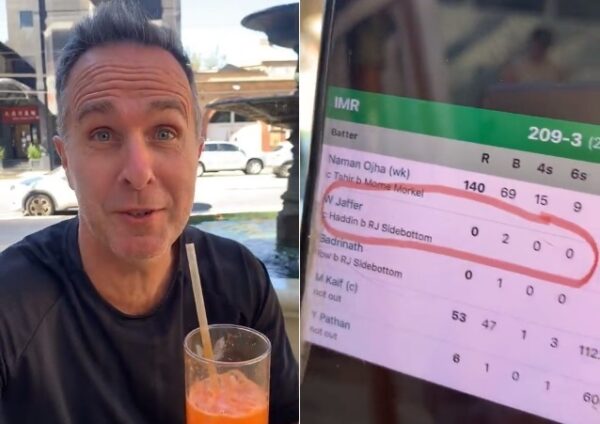 Michael Vaughan posted a video featuring himself and showed the scorecard of Indian Maharajas in his phone, highlighting Wasim Jaffer’s score. Vaughan also speaks, “Some things never change Wasim” and he captioned the video as, “Hope you are ok @WasimJaffer14” with laughing emojis.

Hope you are ok @WasimJaffer14 😜😜😜 pic.twitter.com/1Akl8quxnK

Wasim Jaffer also responded soon with a video of Michael Vaughan in which he is telling how to play a cover drive. Jaffer captioned the video, “Haha very good Michael In hindsight shouldn’t have watched this masterclass before going to bat”

As far as the game between Indian Maharajas and World Giants is concerned, the match was played at Al Amerat Cricket Ground and World Giants chose to bowl first after winning the toss. Mohammad Kaif led Indian Maharajas had a bad start as they lost their opener Wasim Jaffer and number three batsman S Badrinath (0) quickly. However, another opener Naman Ojha played a destructive innings of 140 runs (15 fours, 9 sixes) for which he played only 69 balls and he was well supported by the skipper Mohammad Kaif who scored 53 not out and helped their team in scoring the total of 209/3.

In response, World Giants scored 210/7 with the help of Kevin Pietersen’s brilliant innings of 53 and useful knocks of skipper Daren Sammy (28), Brad Haddin (21) and Morne Morkel (21). But the highlight of the innings of World Giants was Imran Tahir’s smashing knock of 52 for which he played only 19 deliveries.

Now Indian Maharajas will be facing Asia Lions on January 24 on Monday.

Mohammad Kaif Jokingly Tweets About Being Ready For IPL 2022 Auctions, KKR Reacts
Andre Russell Got Dismissed In One Of The Most Bizarre Ways In BPL, Wasim Jaffer Reacts