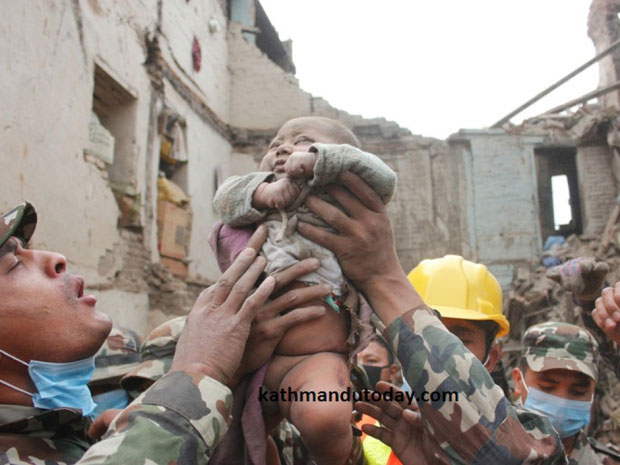 An idiom in Hindi says “Jaako Raakhe Saiyan Maar Sake Na Koi” which means that Who ever has God’s Support and who is protected by God himself cannot be hurt by anybody or anything.
A live example of the same has come up in Kathmandu where a Four month old baby was taken out alive by the rescue team from the debris of the collapsed building after the earthquake. The miracle too place in Bhaktapur town of Kathmandu where the baby was pulled out atleast 22 hours after the earthquake struck the city. The Baby was being searched by his parents after the Earthquake and the Rescue teams were also on the mission to search the kid. The baby cried from within the Debris which forced the rescue team to go for a second check and luckily they found this baby under tonnes of debris. Continue Reading
You may also like...
Related Topics:Earthquake, Kathmandu, Nepal