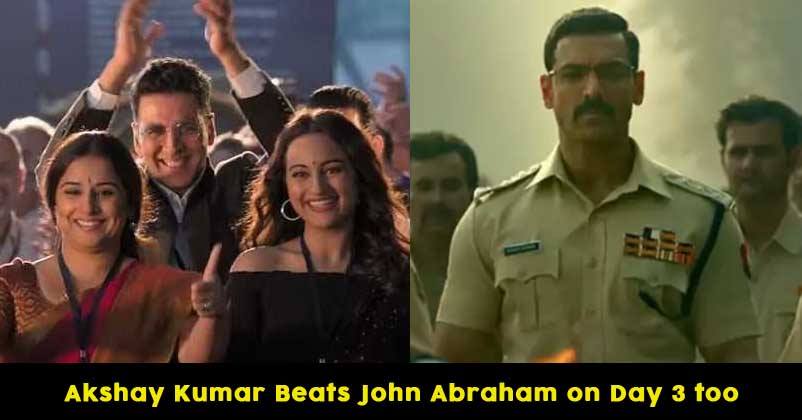 Two patriotic movies based on the true events were released on Independence Day this year, John Abraham’s Batla House and Akshay Kumar’s Mission Mangal. Despite being nationalism based film Batla House started slow and witnessed decline over its first weekend. Kumar’s film grabbed more attention from the audience than John’s and it is ahead in the race since the first day.

Akshay Kumar starrer saw excellent growth on Saturday of around 35% and earned ₹ 23.50 crore nett. Mission Mangal now stands strong with ₹ 69 crores nett in its box office account. If the film grows at the same rate on Sunday it will cross ₹100 crores mark in just four days. 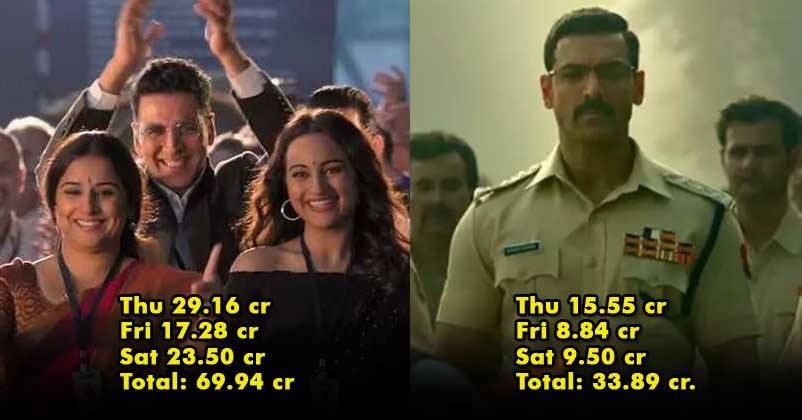 Batla House is lagging far behind in the race but still did well on Saturday and earned ₹ 9.50 crore s nett. Its three day total has reached to ₹31.50 crores nett.

Batla House is even behind three day business of Satyameva Jayate which did ₹ 35 crore nett business in its first weekend.