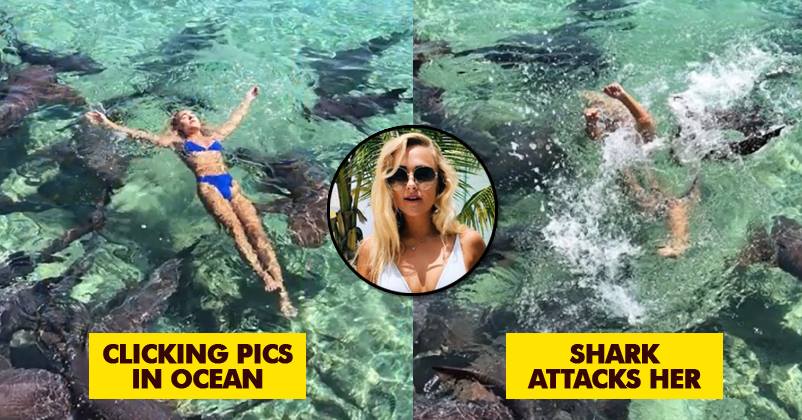 In a very unpleasant and unfortunate incident, a 19 years old Instagram model got bitten by a shark when she was floating in a marina and attempting for clicking photos with nurse sharks.

The name of the model is Katarina Zarutskie and she is from California’s Laguna Beach. She is a nursing student of University of Miami and it was in Bahamas’ Staniel Cay that she entered the marina for swimming with many nurse sharks. Just to inform, nurse sharks are mostly quite humble and submissive; however, one should not forget the fact that they are eventually sharks and can turn aggressive at any moment. 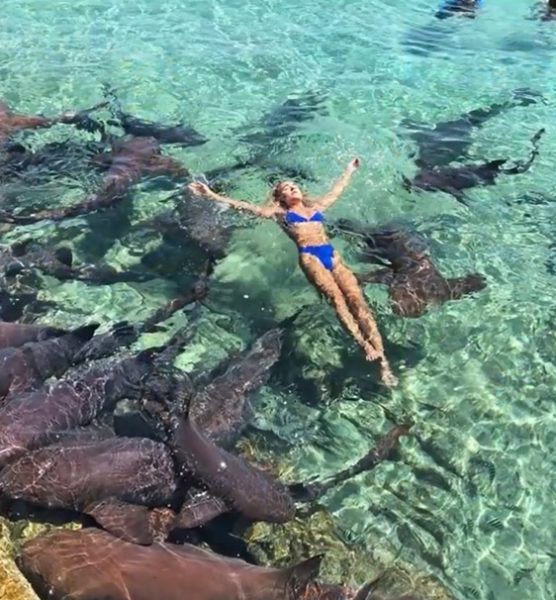 As the model was swimming in the marina with many sharks around her, one shark bit her arm by mistaking it to be a piece of food. Subsequently, Katarina was dragged underwater by the shark who pulled her by her arm. The moment had been caught on camera by the father of Katarina’s boyfriend who was photographing it all.

Here’s what NBC News is told by the model,

“He had my wrist in his mouth and I could feel his teeth sinking into my arm. I was pulled underwater for a few seconds and then ripped my wrist out of the shark’s mouth as fast as I could.” 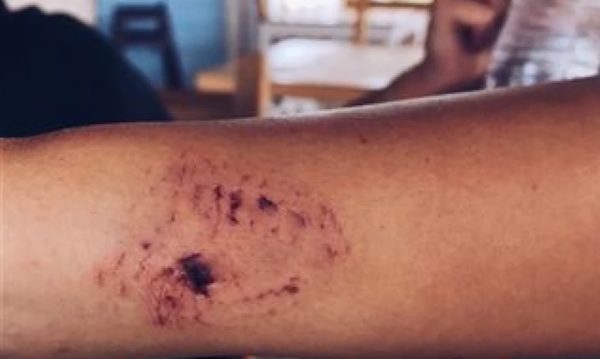 She somehow managed to free herself and reached the marina’s side. Later she held the injured arm above water and we must say that it was a smart move, considering the fact that other sharks might also bit her arm after seeing the wound.

She is usually not afraid of sharks and that’s the reason as to why she could calmly swim with them. As per her,

“My boyfriend’s family was freaking out when I went to swim with the sharks and I was like, ‘it’s fine’.”

Talking about the marina, it has a warning sign which says that sharks bite occasionally and individuals should swim at their risk; nevertheless, the model claimed to not have seen it. 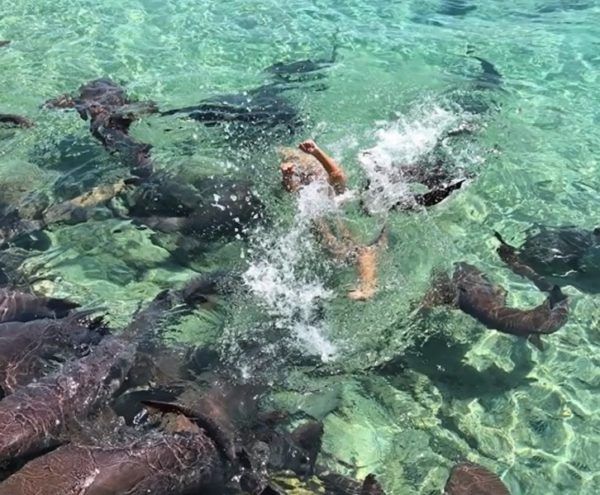 David Hocher is the marina’s incharge and here’s what he told NBC,

“These animals are considered quite docile but can and do bite on occasion. Normally when they mistake a hand or fingers for a piece of food.”

Katarina is of the opinion that sharks didn’t harm her but at the same time, she says,

“I am lucky to have my hand. They are wild animals and it’s an uncontrollable situation.”

She further said that this was a ‘big learning lesson’ for her and we hope that she wouldn’t risk her life now by doing any such thing.

Bengaluru Traffic Police’s Creative Idea To Reduce Accidents & Make People Wear Helmet Is Awesome
Man M*sturb*tes At A Girl In Front Of Girls’ Hostel. She Taught Him A Lesson