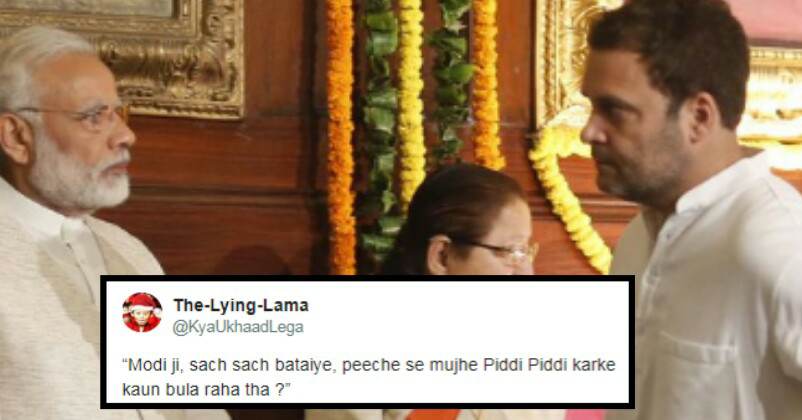 PM Modi and Rahul Gandhi are always on opposite ends. We don’t think they’ll ever be able to think alike. Time and again, we have seen how the duo takes a jibe at each other and how social media enjoys the jokes thoroughly.

On 31st October, they faced each other at the Parliament during the event of Sardar Vallabhbhai Patel’s birth anniversary. A pic of Modi & Gandhi staring each other went super-viral on the internet.

Yes, photographer Anil Sharma perfectly captured this eye-to-eye contact and uploaded the same on Twitter. As soon as he uploaded the pic, Twitter came up with some mind-blowing captions.

Some linked the stare to Rahul Gandhi’s dog “Pidi” while some of them related it to the anger. Have a look at the pic that went viral; 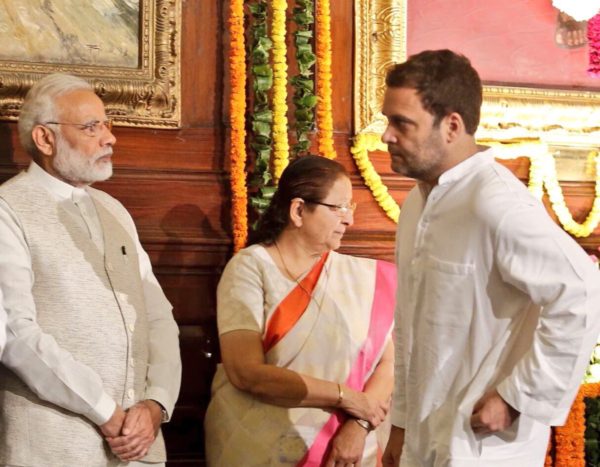 And since then, captions started overflowing;

Looks like a kid whose chocolate was stolen and comes to fight with his Dad coz he thinks Daddy pranked him.

That moment when you are hiding money from your parents which you got from relatives. pic.twitter.com/3HwbavPoGd

Wait let me remove my speech!

How did you find the captions? Hilarious, weren’t they?

Continue Reading
You may also like...
Related Topics:Modi, Rahul Gandhi

BJP Spokesperson Couldn’t Sing Vande Mataram Even After Reading Lyrics From Phone, Got Trolled
Modi Bends And Says Namaskaar In Front Of Little Prince Of Bhutan. This is What He Gifted Him