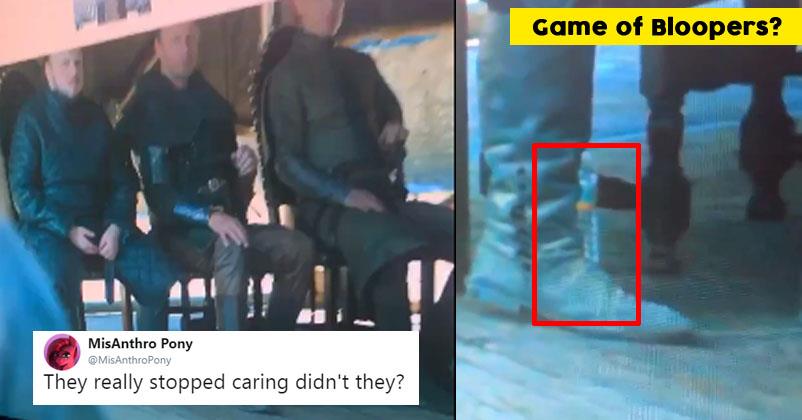 Game Of Thrones the legendary series has now come to an end, leaving fans heartbroken and upset. But the fans were more upset about the script and the show losing its essence. There were a few script loops and some were just there to give the audience a surprise element. The show was brilliant till the 7th season with no bloopers and no mistakes. The 8th season let down people’s expectations a lot.

Game of Thrones writers were asked to re-make the show because of the poor script and hasty endings. But this is not it. The bloopers in season 8 were so many. Jamie’s hand magically appeared in a scene and a coffee cup was spotted. And it goes on. The latest blooper is when a water bottle was spotted on the sets. Here is the clip.

a water bottle in King’s Landing!! #got #gameofthrones pic.twitter.com/mwGQlsLwnh

Fans were furious after watching this, GOT disappointed a lot of people and people let their anger out on Twitter.

Anyone defending this final season can’t deny it’s the laziest and most rushed of them all. In more ways than one. Clearly.

They really stopped caring didn't they?

Well Tyrion did asked about clean water, no everyone can afford bottled water

Welp looks like they have to reshoot the scene.. and season.. and the ending