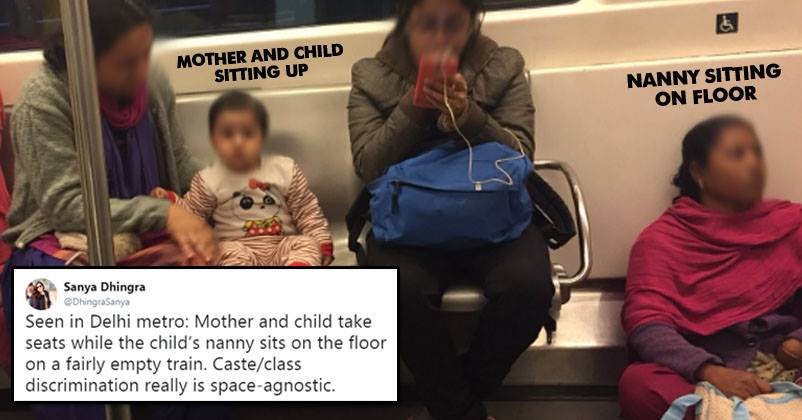 We say we live in the 21st century and have modernized but the truth is that most of the people in our country are still stuck in the old dark world. There are many people who are still concerned about classes, categories and discriminate others as per the set standards. 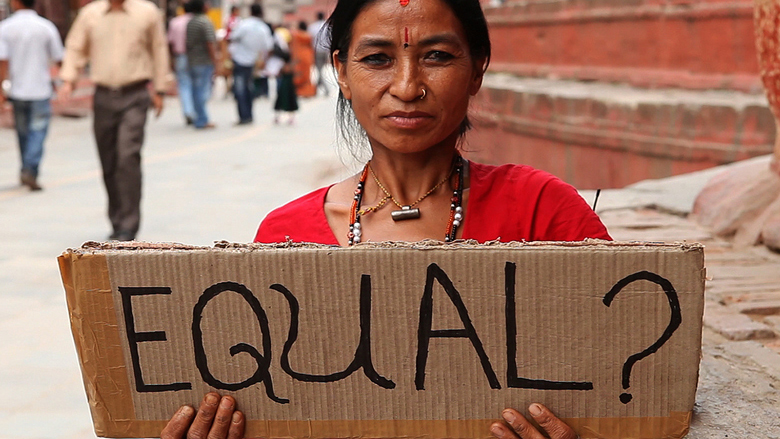 In our country, it doesn’t take a lot of efforts to spot the discrimination. You will find it almost everywhere as it’s so common that people don’t even care about it and have adjusted accordingly.

A Twitter user recently shared a pic in which she tried to show the discriminations system that prevails in our country. The picture was clicked in Delhi Metro and it shows a lady with her small child sitting on the seat while the nanny of the child sits on the floor. This is the sight when there’s enough space available on the seat. Have a look-

Seen in Delhi metro: Mother and child take seats while the child’s nanny sits on the floor on a fairly empty train. Caste/class discrimination really is space-agnostic.

Seen in Delhi metro: Mother and child take seats while the child’s nanny sits on the floor on a fairly empty train. Caste/class discrimination really is space-agnostic. pic.twitter.com/cawsIU2zWs 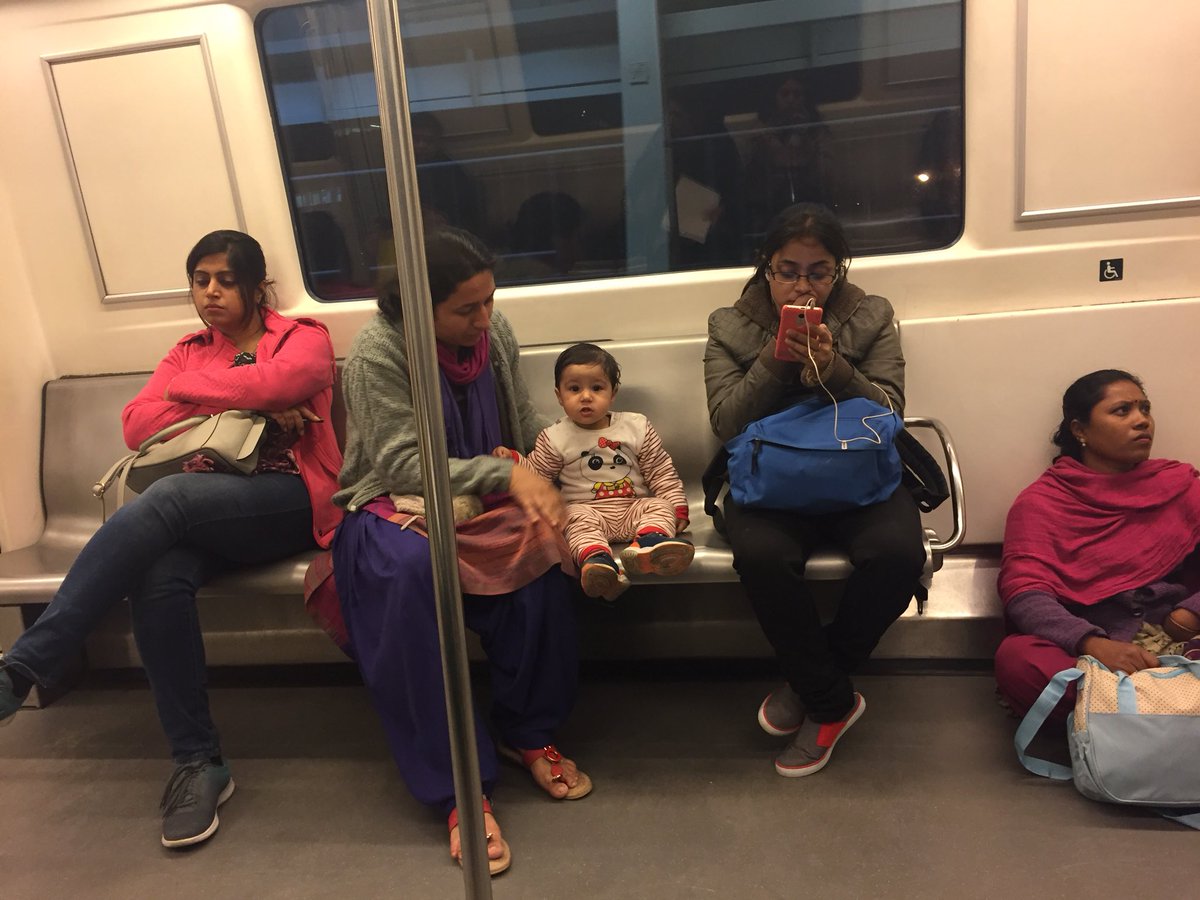 Soon after she posted the pic, it went viral and reactions started pouring in. Have a look at some of them-

Equally disgusting is several high rises having separate lifts for maids and such like!!! And in high rises mind you. Where supposedly the educated India lives.

Mindset we will never be able to change.very sad, hope the family discriminated was ticked off by whosoever took the photo

Disgusting .. Why such discriminating news mostly come out from NCR region ?
Many Riches out there… behave insensitively to Nannies/naids from far away States like Bengal, Bihar or Assam

What’s worse is that this inequality is so deeply ingrained within us,even the so called lower category ppl don’t expect2b treated any bettr

And what u did? Excpet clicking this photo for a twitter upload??

Continue Reading
You may also like...
Related Topics:equality, Social Media

Pervert Tried To Flirt With Girl At Bar. A Stranger Woman Rescued Her With Best Possible Trick
List Of Best Countries 2018 Is Out. Pakistan’s Rank Is Way Behind India