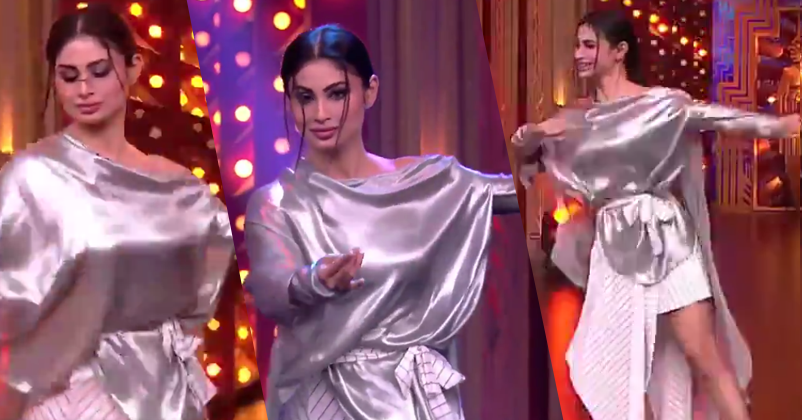 Mouni Roy is easily one of the beautiful actresses in TV world. The hot and charming actress rose to fame with her TV serial Naagin which was so successful that makers decided to make a second season as well. 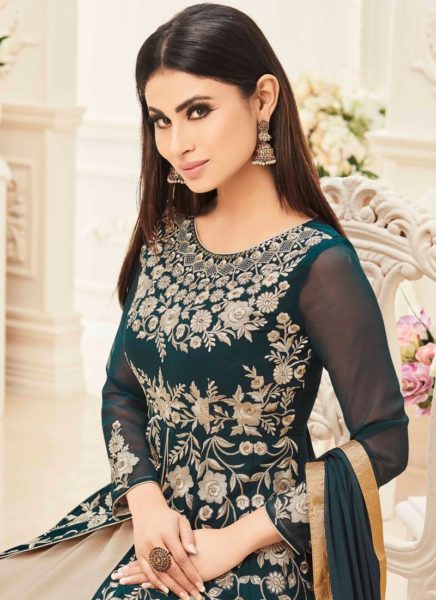 It’s a well-known fact that Mouni Roy is all set for her Bollywood debut with Akshay Kumar’s upcoming film Gold but that doesn’t mean she will break the heart of her TV fans.

Mouni recently appeared in Colors’ new TV show Entertainment Ki Raat and she looked stunning as always. But it was not just about her beauty as the stunner enthralled her fans with her singing and dancing performance too.

She was nervous initially but when Ravi Dubey and others insisted, she went on the stage and started singing the Bengali version of “Kahin Door Jab Din Dhal Jaye”.

Must say the song felt really good in her voice and despite being nervous, she sang it with all the feels. Everyone loved her performance including the other guests Harbhajan Singh and Zareen Khan.

After giving the singing performance she was about to leave but then Ravi Dubey stopped her and requested to give a dance performance too. 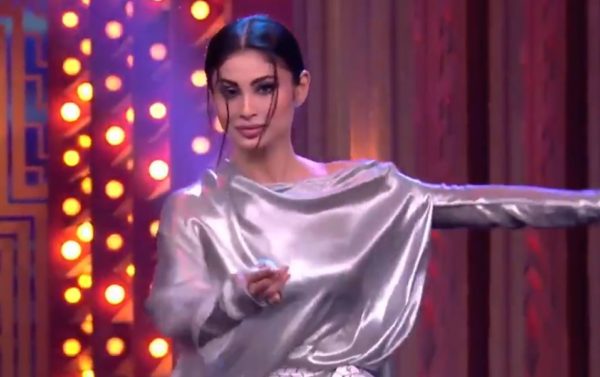 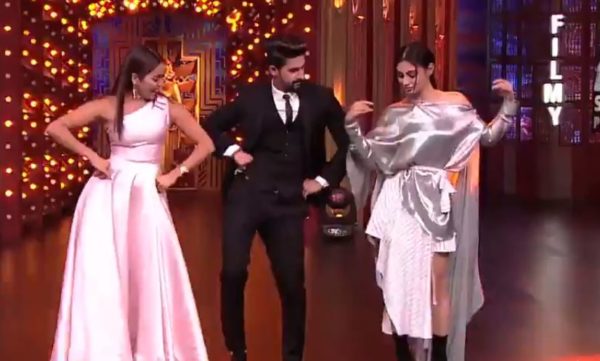 Sayantani Lashed Out At Hina For Her Behavior On National TV. Read Her Tweet
Zaheer Khan & Sagarika Ghatge Are Happily Married Now.. The Couple’s First Photos Are Out