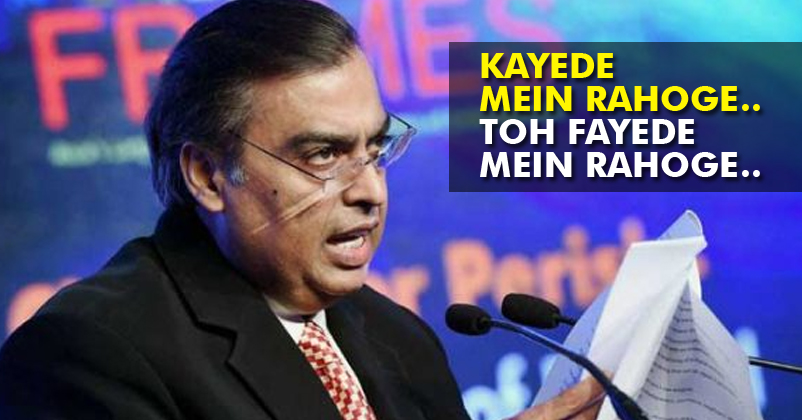 Reliance Jio is the most trending topic on the internet this week. Reliance Jio has taken over the market, it has created a frenzy in the nation with its lucrative offers. Ambani said that Jio 4G services will lift India from a mobile Internet ranking of 150th, and will bring it to the top 10 slot. Jio was widespread available starting Monday. Jio and its lucrative plans are really giving the other companies like Idea, Airtel a run for their money. The reason behind Reliance Jio’s popularity and success are main concepts to be able to provide most basic services like high speed internet, free voice calls, free sms. Mukesh Ambani believes that the “old telecom” industry is abusing its dominating position to hurt Jio’s margins. Mukesh Ambani said,

“Jio customers had suffered over five crore call failures to other networks because of insufficient interconnect capacity in one week alone.” Mukesh Ambani gave an exclusive interview to The Economic Times, where he spoke about how rival telecom companies are using unprofessional tactics to create hurdles for Reliance Jio. He said,

“I think that the old telecom industry is used to using incumbent power, but I think these tactics don’t work anymore. A Jio user will figure out that nothing is wrong with the service…the customer will soon start questioning if the incumbents are anti-consumer.” Mukesh Ambani believes that the telecom companies are violating the rules. They have to comply with the telecom rules. He further added

It’s like saying that because you are a dominant person, you violate traffic lights. You can be let off once or twice, maybe…Our view is that interconnect is an issue of a few weeks. You cannot break the law beyond that. It is there in the licence that you are supposed to provide inter connect, irrespective of traffic. You cannot use excuses that someone is doing promotions, capacity requirement has gone up, etc. That is not acceptable.” Reliance’s current focus is to stabilize the connectivity issues, so that the customers can enjoy the internet, calling facilities without any troubles. Ever since the launch, Reliance Jio received an overwhelming response. People are standing in queues to avail the JIO sim, to experience the rich internet and calling experience. While most of the investors are fearing their investment, with the various controversies surrounding the JIO. Ambani comforted the fears of the investors, he asserted that despite the Rs 2.5-lakh-crore investment and the unbelievable high speed internet, cheap tariff plans and free voice, the telecom would easily return the capital and generate high profit. He said,

So what do you think guys, can Reliance JIO really deliver on all their promises? Do share your opinions and views in the comments!