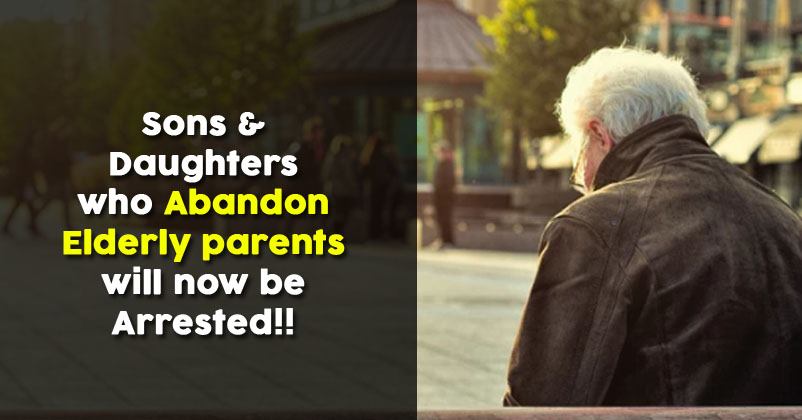 Bihar cabinet led by Nitish Kumar has approved the proposal of punishing the children who abandon their elderly parents. The cabinet has passed the new law for the old age people in Bihar.

According to the passed new law, sons and daughters who will leave their old parents will be put behind bars. Any complained filed by parents will be lodged under the non-bailable section, which means that if a person goes to jail for leaving his parents alone, will not be granted bail.

The proposal was put up by Bihar Social Welfare Department and according to it kids who do not look after their parents properly can get imprisoned.

If the sons and daughters are in jail, who will take care of the parents after that? The government?

This is good thing.
Such type of law required on national basis.

Laws, laws and more laws…d society needs structural changes. Such things happn only in a society that has lost its morals…where materialism replaces survival instincts & there isn't any resilience 2 take on challenges. This law's loop hole – Don't abandon, kill them! :(((

The cabinet meeting which was held on Tuesday reviewed 16 other agendas and took a total of 15 decisions. One of the decisions was to offer government jobs to the dependents of martyrs of the Pulwama and Kupwara terrorist attacks who belong to Bihar.