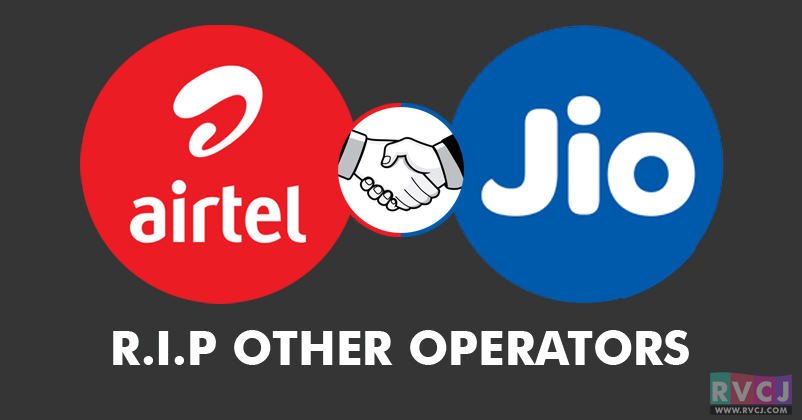 Reliance, is offering the cheapest mobile data network and the mobile tariffs for the smartphone users in the world. At least this is what it claims to do. With the arrival of Reliance Jio, The arrival of Jio, it has started a fierce battle among Indian telecoms firms to win customers. The other telecom companies couldn’t simply sit and wait for Jio to take over them. With the launch of Reliance Jio, the tariff war is officially on. With telecom companies like Airtel, Vodafone, Idea and BSNL, trying their best to come up with plans and offers which can help them get their customers back. This Sunday we saw two telecom giants Vodafone and BSNL forming a partnership on a 2G intra-circle roaming agreement (ICR). India’s largest phone operator Bharti Airtel has now agreed to provide additional points of interconnection to the new 4G entrant Reliance Jio. Airtel will offer point of interconnects or PoI to Reliance Jio which will help the newest 4G operator in serving its customers who are facing massive call drops ever since its launch.

Jio had said in a statement that the Jio customers faced over 220 million call failures on Airtel’s network. The Jio consumers faced over 520 million calls failures cumulatively on the networks of the three incumbent operators (Airtel, Vodafone and Idea). Jio has been writing letters to the TRAI, discussing the matter of how the incumbent operators were not releasing interconnect bandwidth. “Following its bilateral discussions with Reliance Jio (“Jio”), it will provide additional PoIs to Jio. Airtel had extended an invitation to Jio to discuss its requirement of additional PoI.”

Both Idea and Airtel have noticed the huge asymmetry in the traffic volume between their and Jio network. Airtel said,

“Having agreed to release the PoIs, it would also need to take cognizance of the massive asymmetry in the volume of traffic between the two networks and ensure that the quality of service for Airtel customers is not impacted.”

Airtel have asked TRAI to look into the issue of asymmetric traffic urgently. Because of the free services provided by Jio, the other incumbents are suffering losses on each call made to their network from Jio. However they are abiding the rules, with the regulator-set interconnect, or call termination, they are charged 14 paise per minute.

So what do you think guys, do you agree with Airtel and Idea’s stand on this issue? Share your views and opinions in the comments.

You Will Not Believe Your Eyes After Knowing The Brain Behind “Acche Din” Slogan
OMG! Johnny Sins, Mia Khalifa And Sunny Leone On A College Banner!