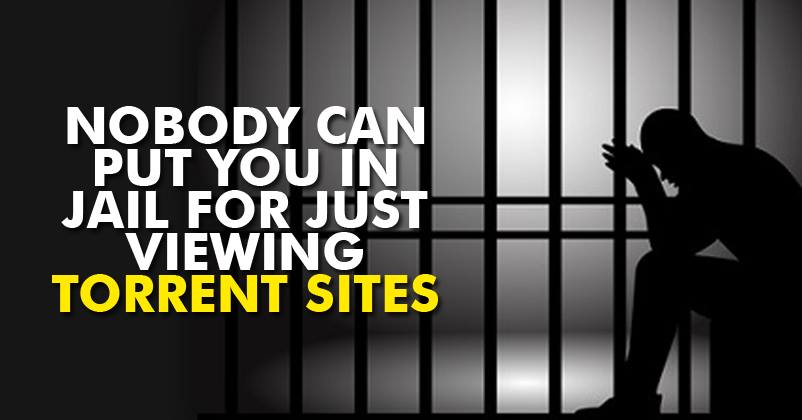 In our previous article we brought you the news about the new Indian Government regulation that would now prohibit you from even visiting a torrent site. Well, that wasn’t a problem until the consequences were later revealed which shocked almost every single one of us. 3 years of jail along with 3 lakhs of fine which totally blowed everyone’s mind.

If you try to visit any of those blocked sites, this is something what you will see.

The statement above is ‘If you visit such a URL, you will be shown the following warning. “This URL has been blocked under the instructions of the Competent Government Authority or in compliance with the orders of a Court of competent jurisdiction. Viewing, downloading, exhibiting or duplicating an illicit copy of the contents under this URL is punishable as an offence under the laws of India, including but not limited to under Sections 63, 63-A, 65 and 65-A of the Copyright Act, 1957 which prescribe imprisonment for 3 years and also fine of upto Rs. 3,00,000/-. Any person aggrieved by any such blocking of this URL may contact at [email protected] who will, within 48 hours, provide you the details of relevant proceedings under which you can approach the relevant High Court or Authority for redressal of your grievance’

However, Prasanth Sugathan, Counsel at the Software Freedom Law Centre India in an interview given to NDTV said that there is no law that can put the citizens of our country in jail for just visiting a website. Here is his official statement.

‘Visiting any website, even if it is a blocked site is not illegal either under the provisions of the Copyright Act,1957 or the Information Technology Act, 2000, the only exception could be if a person views child pornography.’

If we observe the statement provided on those blocked websites, then it is interesting to see how we as a media house and you as normal citizens of this country perceived it. So here is the catch. The court warned us against the VIEWING, downloading, exhibiting or duplicating an illicit copy of the CONTENT, but not the website ! ! This means that there is no restriction on visiting the website via VPN or proxy site even if it is blocked at the Internet Gateway or ISPs. But downloading and redistribution of copyright material is still an illegal practice and you can be punished in accordance with that.

But what made the court to deliver a special message like this when they used to show something simple and non harmful as shown in the image below.

This special message is a result of John Doe orders from a court to prevent copyright infringement. This is a usual law that every film studio slams out in media during the time of major releases. And in that way, on behalf of the movie ‘DISHOOM’, THE BOMBAY HIGH COURT altered the usual warning message with the new one which is more like a Copyright Warning message.

So at last, I as a writer from RVCJ team apologize for not getting the facts right and publishing the article without doing more prior research. But yeah, the good news is, you won’t land up in jail for just viewing a website, if that stop you from downloading another torrent ! !

Downloading Torrent ? Even Visiting Them Will Cost You 3 Lakhs Fine Along With 3 Yrs Jail
Don’t Fall For This Whatsapp Hoax Message – Facebook Will Not Break Into Your Privacy