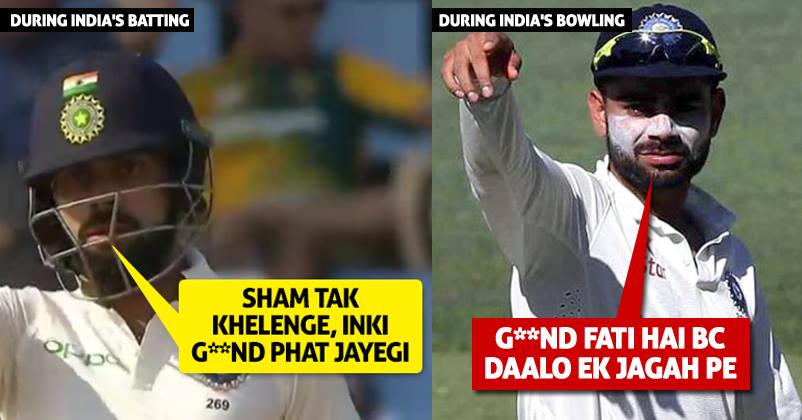 Virat Kohli’s “G**nd Phatt Jayegi” statement had created a sensation on social media. He used cuss words in the 1st Innings of India in the 2nd test match against South Africa.

Everyone was surprised to hear such words coming from Kohli; in fact, he was trying to buck up Murali Vijay, because India was losing wickets very quickly. 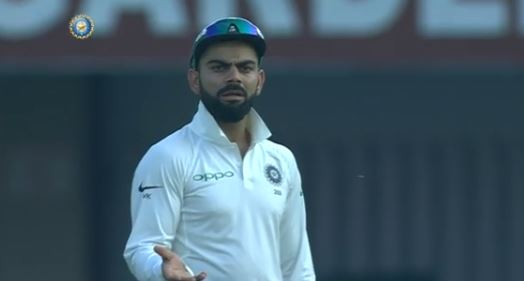 But that was not it; once again, Kohli’s abusive language is caught on stump mic.

This was during South Africa’s 2nd innings in the 2nd test match. Ab De Villiers and Dean Ergal were batting and Kohli was heard telling the bowlers “G**nd fati hai BC Daalo ek jagah pe, “

Yes, he actually used such words; watch the video below…

However, keep one thing in mind that Kohli didn’t abuse anyone; all he did was gave instructions to bowlers, although he used some cuss words.

He just expected the bowlers to follow his way, that would probably lead to their victory. Sadly, his language might not go down well with many.

Virat’s Very First Interview Is Going Viral. See How Smartly He Answered So Many Questions
Journalist Asked Kohli If Changing Team Every Match Made Them Lose. He Gave An Angry Reply