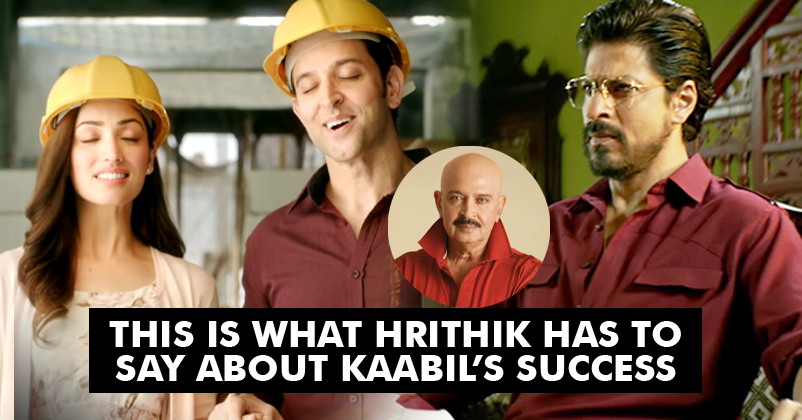 The year 2017 saw two of the biggest Bollywood giants clashing with their movies. Shah Rukh Khan’s Raees easily dominated Hrithik’s Kaabil owning to SRK’s popularity. Raees is doing really good at the box office with earning more money with each passing day, but Hrithik’s Kaabil is also not far behind. The thriller was behind Raees in the box office collection, but thanks to word-of-mouth publicity, the film which opened to an average collection in its first weekend is now picking up and giving SRK’s Raees a run for their money. The film is about a blind man whose wife was raped and committed suicide. Now the blind man will avenge his wife’s loss. Hrithik Roshan-starrer Kaabil continues to perform well at the box-office. The film struggled in the beginning due to a major clash with Shah Rukh Khan’s ‘Raees’ and having a lesser number of screens. But the film has now earned Rs 121.11 crore in India.

Critics applauded the performance of the lead Hrithik Roshan, calling it one of his all time best performances. Hrithik is very happy with the success of Kaabil. He had dedicated film’s success to his father, he s
aid,

Kaabil getting 200 more screens in the second week is a sign from the universe that one must just focus on good work and leave the rest to God. This is a huge victory. I want to thank all the Kaabil fans for making this happen. It is unprecedented and I feel especially happy for my father who remains one of the few active and successful non-corporatised producers in our film industry. My gratitude to all the forces who made this happen. Now Hrithik Roshan’s Kaabil is all set to join Raees in Rs 150 crore club. Kaabil was recently released in Paksitan, the fans in the neighbor country praised the film. While SRK’s Raees was denied the release in Pakistan.

So guys which one is your favorite movie? Do share your views and opinions in the comments!

5 Reasons Why Sunil Grover Is Better Than Kapil Sharma!
KRK Shared Screenshot Of A Message Received From Big B! You Can’t Miss Amitabh’s Reaction!