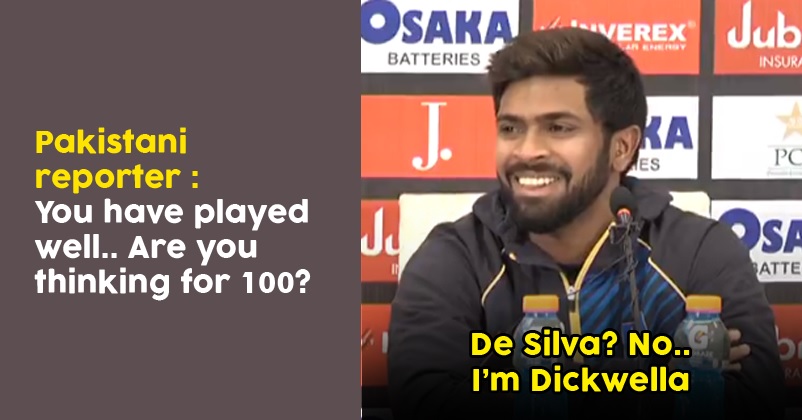 Pakistan used to be a great force to reckon with in the field of cricket but for past many years, no cricketing nation has sent their team for playing any cricketing series due to security reasons. Luckily for the Pakistani cricket, the Sri Lankan team has visited them for playing two Test match series, the first test match is already being played in Rawalpindi while the second one will be played in Lahore. In the ongoing test match, the visitors were 263/6 at the end of the second day with Dhananjaya de Silva not out at 72.

Niroshan Dickwella, the Sri Lankan cricketer, attended the press conference where he was confused for Dhananjaya de Silva by two Pakistani reporters. Just to inform, Niroshan Dickwella got dismissed for 33 for which he played 63 deliveries. 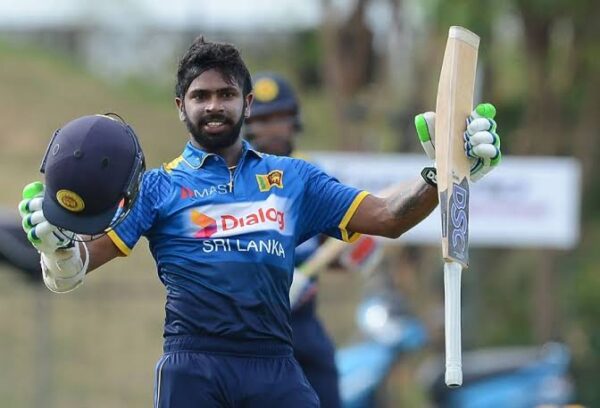 When the Sri Lankan wicketkeeper-batsman was confused for his teammate by the reporter, Niroshan Dickwella very patiently told him that he is Dickwella and not de Silva. However when it happened for the second time, he gave an epic reply.

The reporter asked Dickwella whether he is looking for 100 on this pitch, in response Dickwella said smilingly that he is Dickwella and not de Silva and he is already out, sitting in the pavilion, but yes he will definitely try for a 100 in the second innings.

Here is the video of the funny conversation:

Undoubtedly, the Sri Lankan cricketer has a great sense of humour! What do you say?