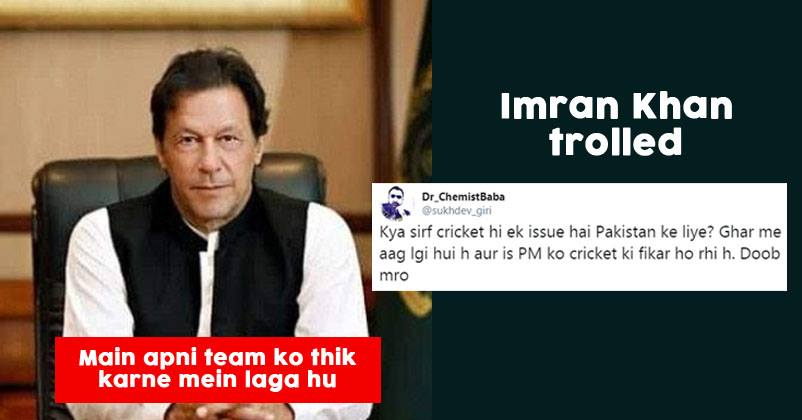 World Cup 2019 was a string of ups and downs and who knows it better than us Desi’s? On the one hand, where we expected the cup in our hand after only losing one match, some teams could not even get to the semi-finals. It is nothing new on how poorly the Pakistani squad performed. They were clearly out of form, and some were unfit too.

Imran Khan, who is currently touring the USA, held an event addressing the Pakistani community in Washington DC. He in the event discussed the team and made bold claims of turning the country’s game around. He made promises that he recently went to England to learn the intricacies of the game and now he will train the players on how to be better.

In a video that has been circulating online, he said,” When I reached heights in Cricket, I went to England. I learned there and came back and raised the standard. Now, after the World Cup, I’ve decided to improve the standard of the Pakistan team. For the next World Cup, just see, it’ll be a professional team on the ground, the best team.”

Is video save karke rakhunga, next World Cup me dhekne me bahut maza ayega.

Nothing wrong if he could help his team, forget this economy, loans, taraqqi. He still loves cricket

“If I can help, I would love to be a mediator,” Trump said on Monday at a joint appearance in the White House with Khan following up on the Pakistani Prime Minister’s request that he would like the United States to mediate to resolve the Kashmir dispute. ELECTION AHEAD ?

Mandira Bedi’s Drool Worthy Six Pack Abs Picture Is Breaking The Internet
Twitter Flooding With Memes About Who Will Make A Movie On Chandrayaan 2, Akshay Or John?