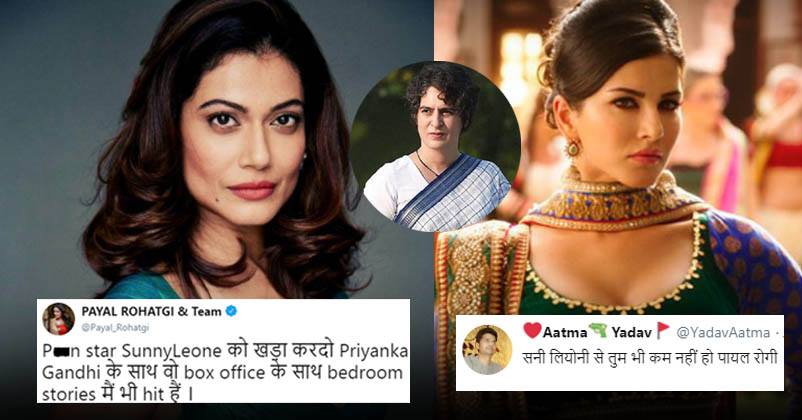 Most of us may well have forgotten, who Payal Rohatgi is. According to her twitter bio she is quite a handful but thanks to her forgettable films in Bollywood, she is quite not a star here.

She was a contestant on Bigg Boss 2, back in 2008, after which with some not so good films and advertisements, she is not known much. 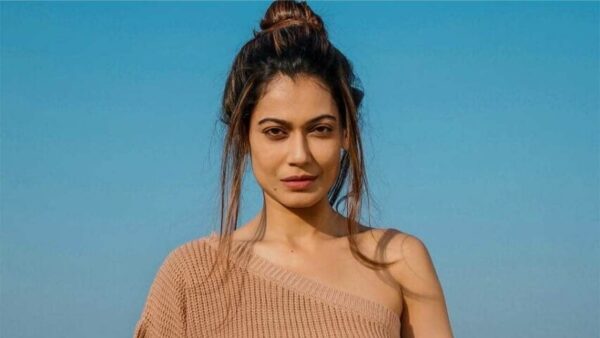 Recently, when the entry of Priyanka Gandhi into politics raised quite a few debates, Payal Rohatgi could not stop herself from making controversial tweets on this issue. Check that out.

They say that Indira Gandhi killed LaL Bahadur Shastri to become PM of India. They say Indira killed her son Sanjay Gandhi. They say Indira was a #Dictator 😡 Do we need another killer or dictator or fascist ? Blood & Lookalikes can have similar traits 🤔 #PriyankaInPolitics pic.twitter.com/BiSrA8fTfP

When a twitter user replied to her tweet by saying that if she has any inclination to be the next Smriti Irani, in politics, look what Payal had to say.

Sunny Leone has more dignity and grace than you, did anyone ever tell you that?

Yep. The whole world has seen her being sweet, being respectful to others, being funny & charming! That's dignity. That's personality. Something that Payal completely lacks.

I am 100% sure no matter what Sunny Leone does in her professional life …. But she will never raise her adopted daughter to become
MORON BIGOT like her 👇👇 pic.twitter.com/zTjkw4idaI

Sunny Leone is working ,earning and leading a peaceful life ..unlike you

Is this account really managed by Payal Rohatgi? How can you talk of a fellow cine star with such contempt? What makes you think that Sunny Leone's role is lesser than yours in the industry?

Hello Sanghin @Payal_Rohatgi . This is how Kochi welcomed @SunnyLeone . Your venom won’t fetch you so much of admiration. pic.twitter.com/aUPcMV1dMR

So, what are your thoughts on this?

Hansika Said Her Account Got Hacked When Her Private Pics Leaked, Twitter Called It Publicity Stunt
Sanjay Manjrekar & Michael Vaughan Had A Heated Twitter War After England Got All Out For 77