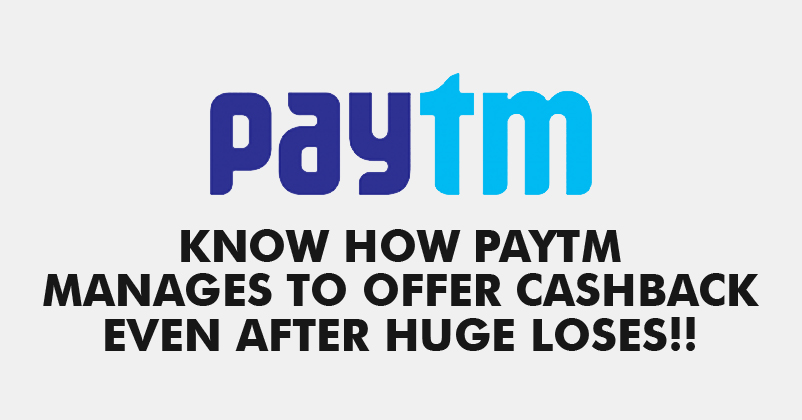 When was the last time you went out for shopping with your friends. In an age where even vegetables are ordered online, it highly unlikely that you never went for an online shopping website. We have so many of them. From Pitty Tom & Jerry fighting companies like Flipkart & Snapdeal to big start-up shots like Paytm and Freecharge who are redefining the definition of laziness for us ! ! Image Source
Like seriously, you can even pay for your Electricity bills which was once considered as the most tiring job for Indian kids to go out to the Electricity office and get it done right away so that they don’t charge you any late charges. But now, it doesn’t matter how late you pay your bills. The amount of cashback that you receive for every single payment through Paytm or from any website portal is quite good enough to cover all the late charges that you have been and were paying since the evolution of humans began.

Okay so the whole point is about How do these companies really make money if they are offering so many cashbacks and discounts ! Well, I am not a commerce student and haven’t yet planned to pursue an MBA course after my engineering. So given the fact that I AM NOT a commerce student, my article is not going to be pitch perfect. So all of you are welcome to put your views forward and make the comment section more meaningful.

Mobile Recharges – Remember those days when we didn’t have any android smartphones ? Those ‘Recharge -Wale-Bhaiyas’. The point is that they don’t recharge your phones for free. They do charge commission from THE TELCO Companies. Now the same is also true in case of Freecharge or Paytm. Even they also earn some commission from each recharge which ranges from 2% to as high as 5%. This again depends on whether you are directly connected to the Telco’s recharge platform or are using an Aggregator (like Oxigen, Euronet, Cyberplat).

But again they also have to pay for the gateway payment charge that accounts roughly around 1.8-2%. Although it can be lower after the recent 1% cap on debit card MDR by RBI.

So the net revenue per transaction would be around 0.5-1%. And that’s the revenue (not the profit) a recharge site makes.

Sponsored Advertisements And Collaborations – Currently Paytm has more than whooping 100 million users. And this gives the sponsors a strong reason to invest their time and money on Paytm site. Just have a look on the image below.

From various Insurance Companies to Education Institutes, Hotels and Amusements Parks, all are linked to Paytm. Now these sites may offer coupons from many companies that does have commission from brands on redemption of their free coupons offered by them. So that is also how such websites earn profits.

Prepaid Wallets – Now the biggest source of income and profit for such companies can be from their prepaid wallets. Paytm and freecharge have their own Money Wallets.

Now Let me surprise you with some facts which are total contrary to what I have stated.

So you might be wondering how are they still giving so much of cashbacks even when they are suffering such huge losses.
Answer is simple. When you have a person whose name is Jack Ma, Founder of Ali Baba (Chineese E-Commerce Giant), financially supporting your company and funding you $200 Million with another $500 Million, you ought to make profits. Image Source
So basically, they are using their investor’s money for various advertisement promotions, cashbacks and discounts.

I hope I was able to clear some of your doubts. If you have any additional information please feel comfortable to share with us in the comment section below ! !

Continue Reading
You may also like...
Related Topics:Amazon, e commerce, flipkart, losses, Online Shopping, paytm, profit, Snapdeal, This Is How Paytm Manages To Give Cashbacks Even After Such Huge Losses

This Is What Will Happen If You Go Out Into Space Without Spacesuit
WOW!! This Is How Banks Manage To Give 10% Cashback On Online Shopping