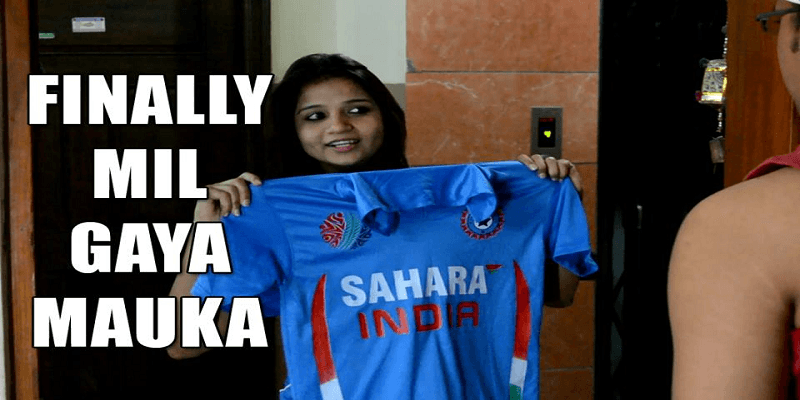 Mauka Mauka videos by Star Sports are on roll. These videos are getting lot of appreciation from audience and everyone is making spoof/response videos. We recently saw Star Sports releasing new ad for India v/s UAE match:-

This new video is on same terms where Pakistani guy & two South Africans are seen watching India v/s South Africa match. Pakistani guy is supporting South Africa team so that he can burst his crackers if India loses but it didn’t happen. Next match of India is with UAE and we see a surprise knock at the door where Fans have chance to burst crackers by wearing Indian T-Shirt. This Indian T-Shirt is only thing that can make this guy burst crackers. Check out the video:-

Did you like the video. Finally that guy will get a Mauka to burst his crackers. Share it with your friends and let world know that you will get Mauka to burst crackers only if you will wear Team India Jersey