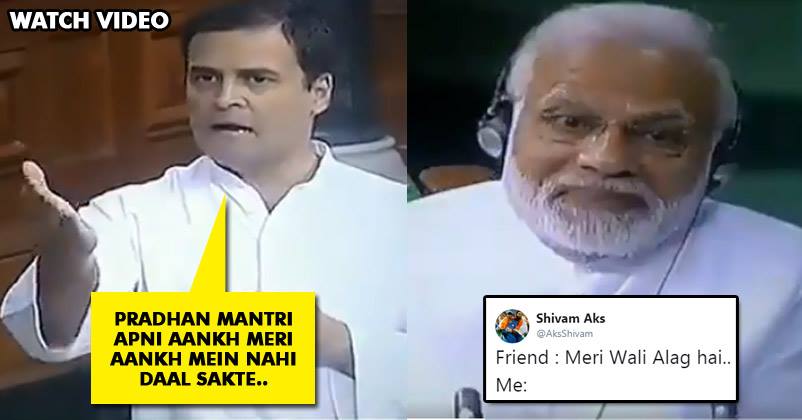 The debate over no-confidence motion is going on in the Parliament and the President of Congress party Rahul Gandhi didn’t leave any stone unturned in attacking the Modi government during his speech.

He alleged that the Indian defense minister Nirmala Sitharaman has lied to the country regarding the Rafale Deal as she has refused to divulge the details about the amount involved in the deal citing that the French government has requested them not to disclose the amount. Rahul Gandhi also claimed that he met the French President who had no problem in disclosing the amount.

RaGa also attacked the Indian Prime Minister Narendra Modi and said that the country is suffering from his jumla strike.

He went on to say that there is a sense of nervousness in PM Modi and he cannot see into his eyes. But as RaGa said, “Pradhan mantri apni aankh meri aankh mein nahi daal sakte (PM can’t see into my eyes)”, the PM Modi was seen laughing and opening his eyes wide as trying to see in Rahul Gandhi’s eyes. 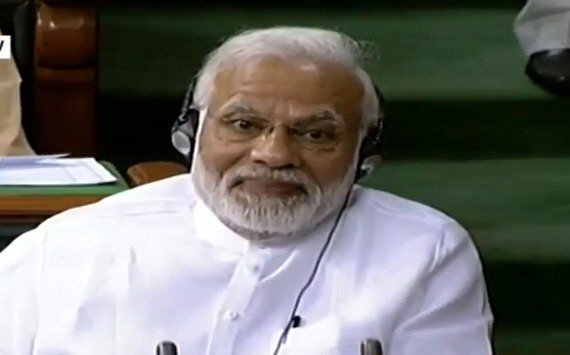 After the speech, Rahul Gandhi went to PM Modi and hugged him while Modi also gave him a pat on his back. 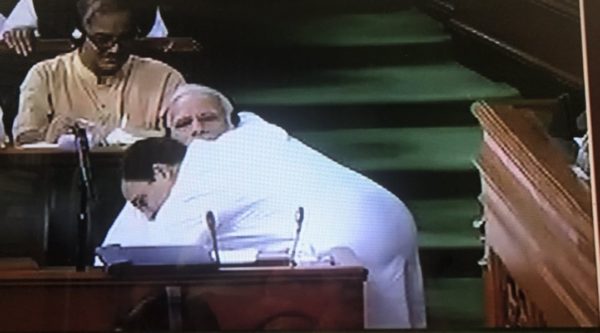 Twitter had a field day over these two scenes and hilarious memes outpoured on the micro-blogging site:

This is what rahul thinks his eyes are🤣🤣🤣🤣 pic.twitter.com/1govL7bqyS

Me : I am going to Thailand for Industrial tour

When you are listening "Channa Mereya" and all of a sudden you see your ex near you.. pic.twitter.com/tFMgX7VOTz

RaGa thanking Modiji for introducing an app on his fav character BHIM. pic.twitter.com/MfmMQjslKF

But we don't hate @RahulGandhi ji. How can we hate such an enteratainer afterall 🤣 https://t.co/t2rhL99mQp

Finally the serial hugger becomes the hugged .what goes around comes around . pic.twitter.com/1B3eb73jle

Let’s see what will be the answer of PM Modi on the allegations stated by Rahul Gandhi. What do you have to say in this connection?

Mira Rajput Is Very Angry With Samsung And Calls It Worst Customer Service
Chat Conversation Between Amazon & Customer Whose Amazon Prime Got Expired Is Hilarious.