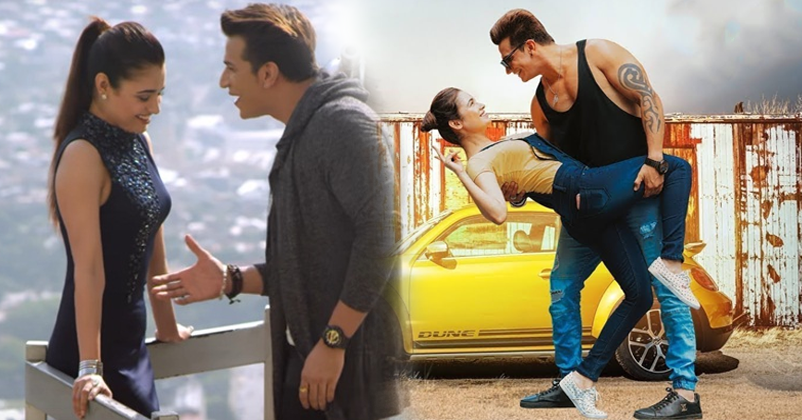 The winner of MTV Roadies, Splitsvilla & Bigg Boss, Prince Narula is here with the love song Hello Hello and what’s better than seeing him romancing his original love Yuvika Chaudhry. We all know, Prince has been madly in love with Yuvika since Bigg Boss days and even confessed his feelings towards her. Talking about his love, Prince said during an interview with Daily Bhaskar-

“I’ve been dating her in my head since a long time. I added the female portion to this song so she could sing it with me. I’ve loved her since Big Boss and initially thought it was one-sided till she explained that she needs time. I’ve told her that whenever she is ready, we’ll take the relationship forward.”

Speaking about her feelings for Prince and working with him, Yuvika said,

“ We enjoy each other’s company. He always has been true about his feelings and is genuinely a nice guy. But any girl will take time to think about it before committing.”

Sharing the details of the song and its shooting, Prince revealed,

“We have been shooting from last four month in Georgia. It’s a cute love story of mine. I made it with a friend and whoever has heard it, says it’s catchy. We are also doing one more song together, but we cannot reveal now. It gives us many good memories like singing and dancing on streets.”

The song is easily one of the good ones we’ve seen recently which is the reason it has become quite popular among youngsters. The chemistry of Prince & Yuvika is just icing on the cake. Did you like it?

Madhuri Dixit’s Ex-Manager Finally Talks About Her Relation With Sanjay Dutt! It’s Unbelievable!
In A Press Conference, Someone Asked Dhoni “Why Katappa Killed Baahubali?”! His Reply Is Epic!