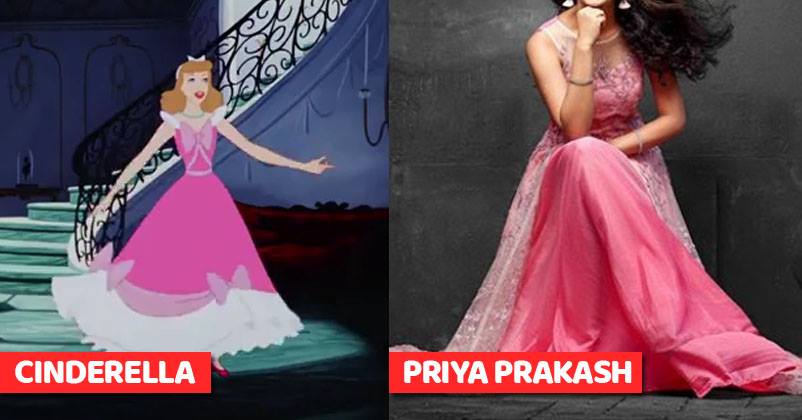 Priya Prakash Varrier, the Internet sensation who got famous just because of a wink, is once again in news and this time she is making headlines because of a photoshoot. The southern beauty’s debut movie “Oru Adaar Love” is going to release this June and she is already a big star on social media networks.

She has done a photoshoot for a women’s clothing line in which she is seen in a gown of power-pink colour. After seeing her photos, we feel that she is looking pretty similar to a Disney princess. Her hair, beautiful smile and innocent eyes are making it more difficult to take eyes off from her pics.

A post shared by Woodpeckerphotography (@woodpecker_photography) on Mar 13, 2018 at 7:43am PDT

A post shared by Woodpeckerphotography (@woodpecker_photography) on Mar 13, 2018 at 7:42am PDT

A post shared by Woodpeckerphotography (@woodpecker_photography) on Mar 13, 2018 at 7:42am PDT

A post shared by Woodpeckerphotography (@woodpecker_photography) on Mar 13, 2018 at 7:43am PDT

Priya got popular after a song video from her debut movie went viral. In the video, she is seen winking at her co-star in the flick and her expressions melted even sakht launde all across the country. She became an overnight sensation and the filmmakers used this opportunity to create hype for their movie by releasing another video in which Priya was seen shooting a flying kiss to her co-actor.

Presently, she has 5.2 million followers on Instagram and it is also said that she is charging Rs. 8 lakh for one promotional post. Moreover, there are rumours that the moviemaker Karan Johar is very interested in casting her opposite Ranveer Singh in “Simmba” and if the news turns out to be true, it will be a pretty big break for Priya.

What do you think of these photos? Do let us know.

Remember Vidya Balan’s Daughter In Kahaani 2? She’s Grown Up Now & Will Make You Crazy
Priya And Her Co-Star’s Latest Pictures Have Brought Storm On Insta. Set To Cross 1 Million Likes